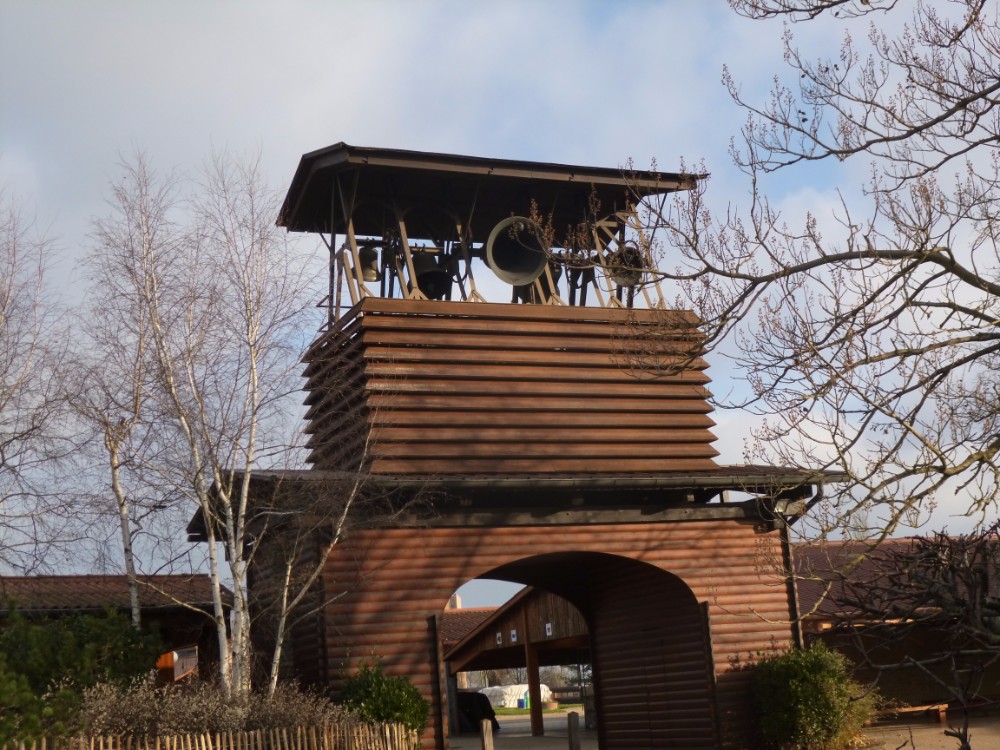 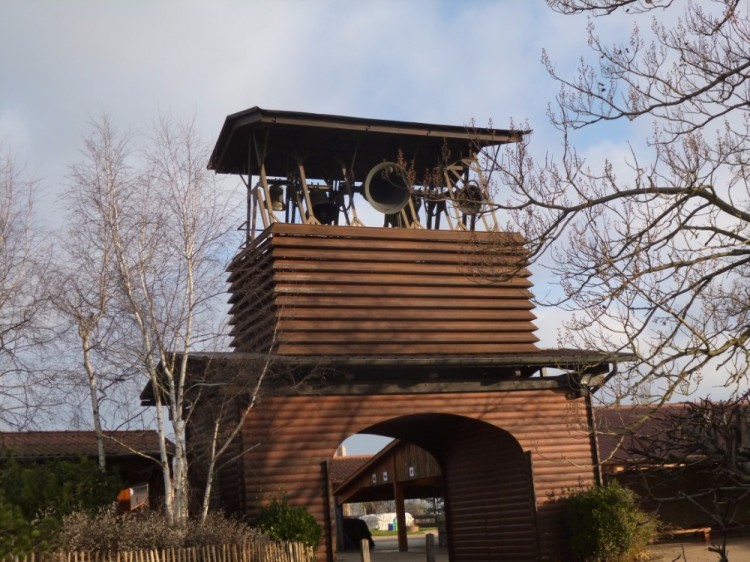 Reconciliation is God’s gift to the world which is seen at its clearest at the resurrection.  My Easter message will develop this.  This month, we reflect on parables of reconciliation and the church’s calling to be such a parable.

The International Centre for Reconciliation (ICR) is based at Coventry Cathedral.  Its roots date back to World War II.  After the medieval cathedral was bombed by the Germans in 1940, a local priest was walking through the smouldering ruins and, finding three nails from the destroyed beams, tied them together with wire in the shape of a cross.  This cross of nails has become a symbol of reconciliation recognized throughout the world.  Shortly after, the Provost asked the cathedral’s stonemason to make an altar from the rubble and to place behind it a cross made from two charred beams which had fallen from the roof.  The cross of nails was placed on the altar of rubble and the Provost had the words ‘Father forgive’ inscribed on the wall behind the altar.  He did not write ‘Father forgive them’but ‘Father forgive’ because he recognized the futility of war and knew that all involved in war have some level of responsibility.  Furthermore, the Provost gathered as many nails as he could find, had them made into crosses and sent them to heads of state, and spiritual leaders throughout the world as symbols of peace.  Through these acts, the Provost was signalling in a powerful and symbolic way that the response to war should be reconciliation rather than revenge and the ICR, based at Coventry Cathedral, has continued this work.  Since then, the ICR has worked for peace in some of the most troubled areas in the world and coordinates the community of the Cross of Nails which undergirds the ICR with a spiritual and practical support base. 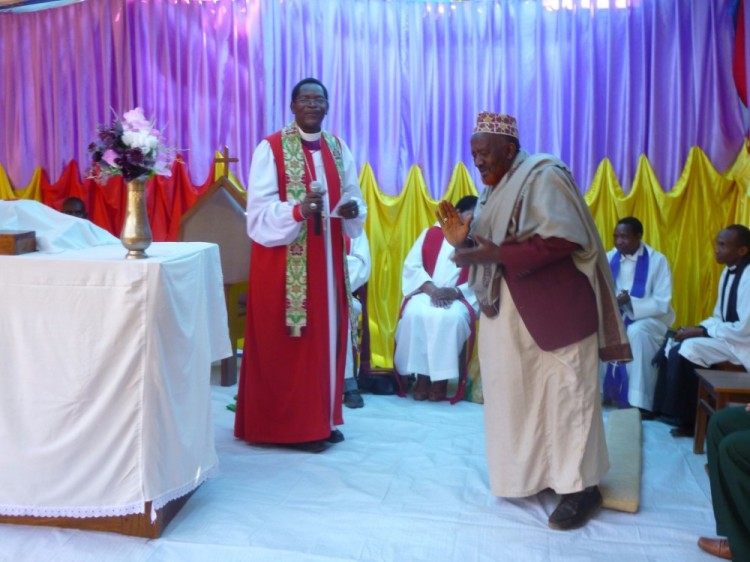 In 1993, a massive IRA bomb destroyed St. Ethelburga’s Church, and much of the surrounding area, in the city of London.  After it was discovered that, despite the damage, the church could be repaired, it was decided that the best response to the bombing was to restore the building, making it a centre for reconciliation and peace with a special concern for the religious aspect of conflict and the role played by faith in its resolution.  In 2002, the restored church was re-consecrated and the centre opened.   One creative innovation at St. Ethelburga’s is the ‘Tent.’  Made of goats’ hair in the Middle East, the Bedouin-

style Tent has been erected behind the Church and is used as a meeting place where people of different faiths convene to explore differences and build foundations for future collaboration.  Entering the Tent, you have to remove your shoes as you stand in a sacred space  – the rugs on the ground have been woven in places of conflict across the world.  This is a place where peace makers from across the world come to reflect on their experiences and provide an arena for all interested in exploring reconciliation locally, nationally and internationally, within themselves and within their faith. 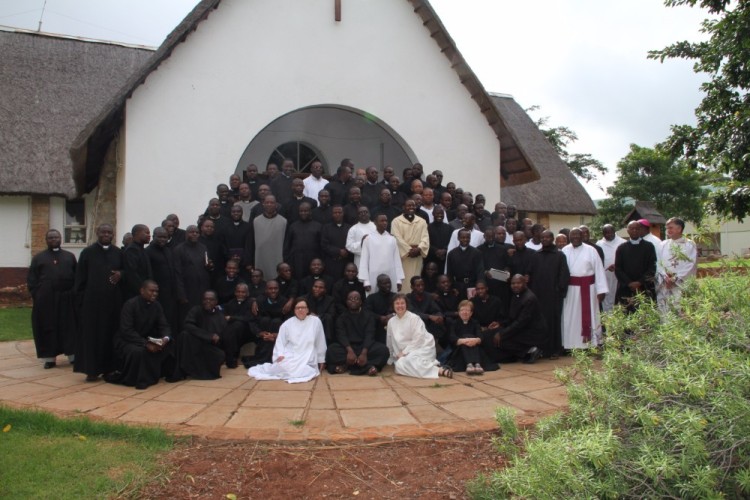 Nestling in the Burgundy hills of France, is the tiny village of Taizé.  It is here, not far from the ancient monastery of Cluny, that a spiritual revolution has taken place. The foundations of what was to become the ecumenical community of Taizéstarted some years before, but it was in 1949 when seven brothers committed themselves to life-long vows of celibacy and great simplicity of life.  ‘The Lord Christ, in his compassion and his love for you, has chosen you to be in the church a sign of brotherly love.  It is his will that with your brothers you live the parable of community’ are words spoken during the life commitment of a brother in the community.  The ‘parable of community’ set out to give concrete expression to reconciliation.  Brother Roger, founder of the community, wrote:

In my youth I was astonished to see Christians, whose lives are after all rooted in a God of love, using so much energy in justifying the divisions.  So I said to myself that it was essential to create a community with a small number of men, but men who had decided to give their entire lives.  A community where we would seek always to understand each other and to be reconciled, with goodness of heart and simplicity, would be at the centre of everything.  To accomplish together the everyday, concrete step of being reconciled, day by day, and by doing this to make a little parable of Communion visible.  To give reconciliation concrete expression in everyday life.  To make it a reality without delay. [1]

Brother Roger was anxious to enable new possibilities of healing the deep divisions within the Church and he found his Christian identity by choosing the path of reconciling within himself the Protestant faith of his origins with the mysteries of the Catholic faith and he was delighted that he could walk this path without falling out of communion with anybody.  The pursuit of reconciliation is reflected in the community itself which is made up of around one hundred brothers from catholic and protestant churches. The wellspring of Brother Roger’s passion and commitment was his search for a life of communion with God.  He believed that a relationship with God was in the depths of every human being, ‘Communion with the living God touches what is unique and most intimate in the depths of the being.’ [2]  For him it was a constant search for communion with God, embodied in a parable of community which was itself seeking to embody reconciliation. His approach was a testimony to the understanding that the unity of the Church and the unity of the world are intimately related.

From the early 1960s, young adults came to Taizéin ever-increasing numbers to share in the prayer of the community and to be listened to by the brothers.  They saw in the community a group of brothers who authentically lived the search for reconciliation and the young people wanted to be part of the search.  Brother Roger’s main aim was to encourage young people to promote peace and reconciliation in the places where they live.  Today, after Brother Roger’s violent death, the Community is as vibrant as ever and continues in its mission.

First, joy is important.  Brother Roger writes, ‘God wants us to be happy.  It is up to us to detect the Gospel realities that make life beautiful: trust, the spirit of praise, an overflowing heart, a joy renewed at every moment.’ 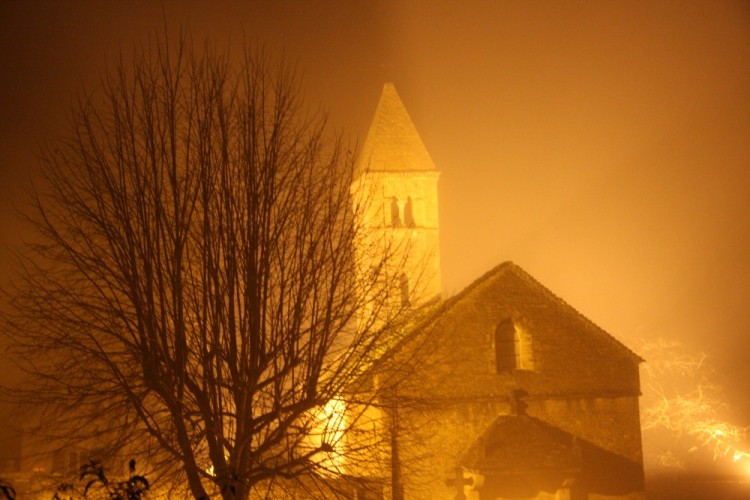 Secondly, it is important to know that God forgives us.  Brother Roger writes, ‘By forgiving us, God buries our past in the heart of Christ and brings relief to the secret wounds of our being.’

Finally, love is at the heart of it all.  Again Brother Roger writes, ‘”Love and say it with your life,” said St. Augustine.  Without a love that forgives, without reconciliation, what future is possible for human beings?’ [3]

Taizé is important in the story of reconciliation because it provides deep spiritual foundations and a reminder that, for Christians, reconciliation lies at the heart of a relationship with God where love, joy and forgiveness figure highly.

Not every local church can be a Taizé or a St. Ethelburga’s, but every church, in its own way, is called to be a parable of reconciliation which tries to embody reconciliation in its life and in its witness.

Adapted from my book, Reconciling One and All – God’s Gift to the World.