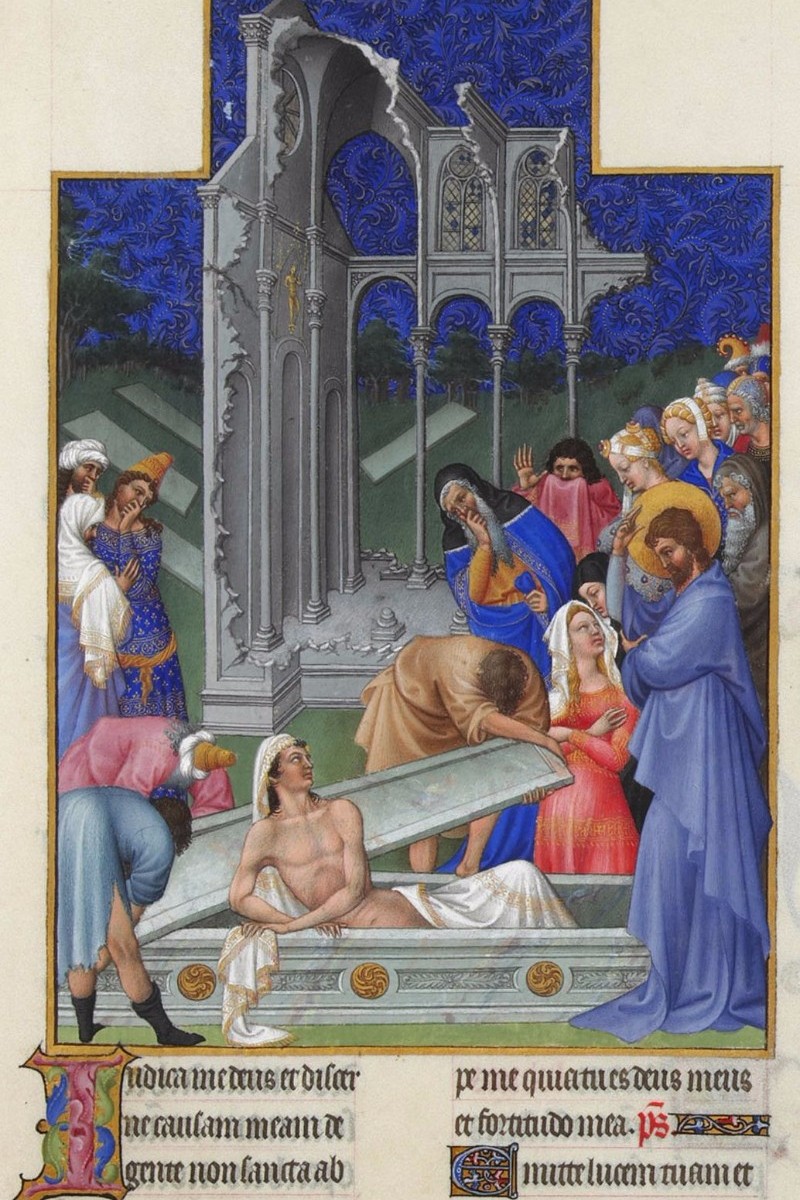 The Raising of Lazarus – Passion Sunday 2014 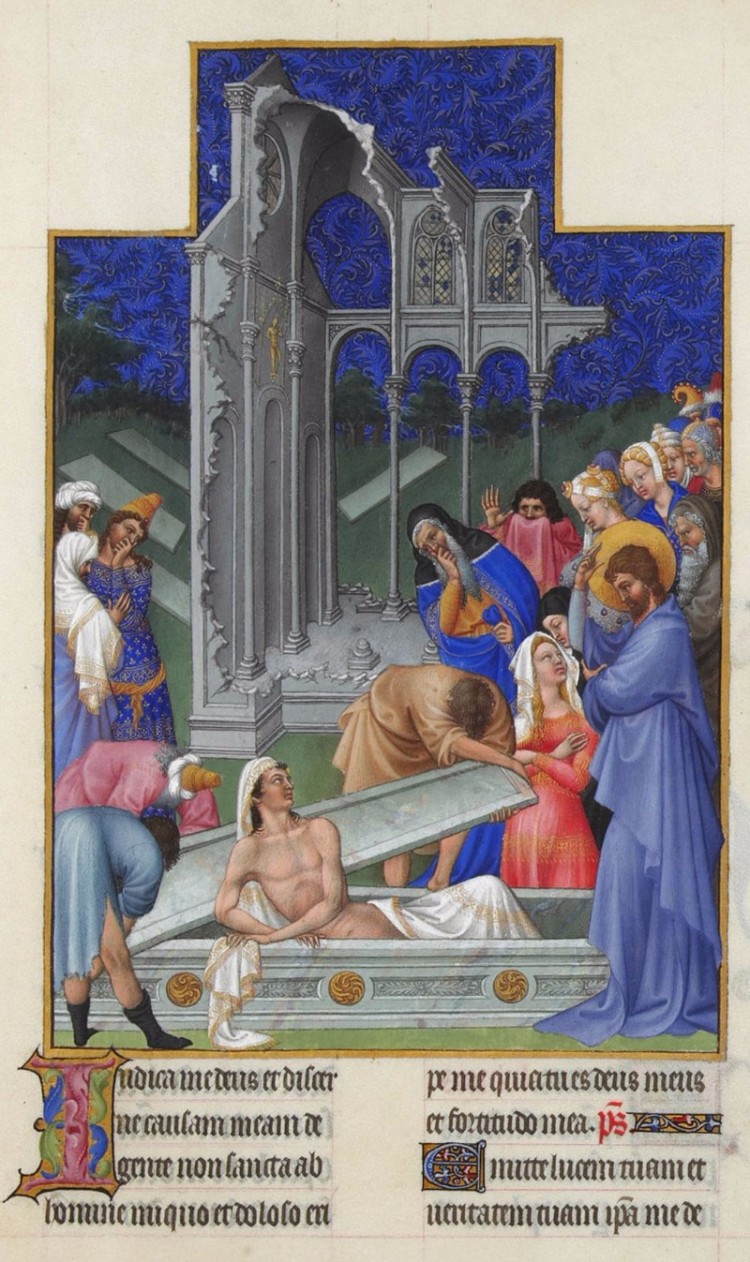 Pedro Reyes is a Mexican sculptor who has taken thousands of guns and transformed them into musical instruments.  Handguns are made into violins, rifles into a rustic piano and gun barrels welded together to make pan-pipes.  Reyes has constructed a fully mechanised orchestra. The weapons, seized by the army in the war against drug cartels, have wrecked thousands of lives in northern Mexico where the murder rate is phenomenally high.  Reyes believed that a kind of exorcism was taking place when his instruments were played with the music chasing away the demons these weapons held as well as being a requiem for the people killed.

The Gospel that we have just heard tells of the raising of Lazarus.  What St. John is wanting to convey to us is the power of God, working through  Jesus Christ, to bring life to places that we do not expect to find it.  However, this story is not about resurrection, it is not about new life, it is not about new possibilities– it is about resuming an old life which was probably lived similar to the one before death.  The story of Lazarus is not about resurrection: it is about revival.   And there is a crucial difference between the two.  We don’t know anything about the life of Lazarus after the story, we don’t know how these events affected him, but it is quite likely that the life of Lazarus after this event would have been similar to what it was before, otherwise we would have heard about it.  He would have looked the same, he would probably have lived in the same place, he would probably have worked in the same place, he would probably have rejoined the same circle of friends.  Lazarus experienced revival.  His new life was similar to his past life.

But resurrection is very different – and in two weeks time we shall be celebrating the resurrection of Jesus Christ on Easter Day.  After the resurrection Jesus was the same person but he was at the same time essentially different.  A transformation had taken place. He still had the wounds of the nails from the cross yet they had been transformed from the marks of death to the marks of love. Death, the ultimate force of destruction, had been transformed into a gateway to new life.  A millstone had become a stepping stone.  This is what resurrection is about: new, transformed life. Resurrection does not simply transform the present and the future – it also transforms the past.  It can’t change the events of the past – what’s happened has happened – but it can change how we view the past, so that it doesn’t hold us back, but helps us go forward into the future with confidence.  That is what is being sung out by Pedro Reyes’ musical instruments.

Christianity is based, not upon revival, but upon resurrection.  It is not for us to be pray for the revival of the Church, but for its resurrection.   The fact that the Christian faith is based upon resurrection can, if we allow it to, have a profound effect upon the way that we see and live our lives.  It means that our future does not have to be the slave of the past.  Just because something has been done in a certain way in the past, it doesn’t mean that it needs be done in the same way now or in the future.  Just because we have thought in a particular way in the past, just because we have had a certain attitudes and understandings in the past, it doesn’t mean that we can’t change them in the future.  Just because a person has behaved in a certain way in the past, it doesn’t mean that they can’t behave differently in the future. The Christian faith assures us that a relationship with the Risen Christ brings liberation and transformation. We are no longer slaves, especially slaves to the past. As we grasp this reality in our lives, it will have an effect upon the way in which we see the Church and our world, the place where we live out our Christianity.

Revival sees the present and future in terms of the past. There is no change.  Resurrection gives us fresh eyes to view the past differently, so that we live in the present and in the future under the influence of the transforming presence of Jesus Christ. 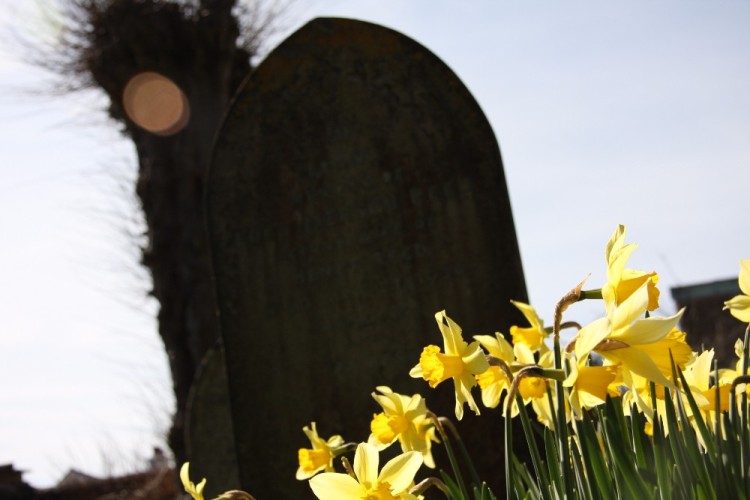 When we look around our world, we see huge challenges:  deep poverty, both in this country and abroad;  ravaging wars;  ominous threats from climate change.  The Church is facing particular questions at the moment: the ordination of women to the episcopacy; issues around same-sex marriage; how to speak clearly and effectively into the heart of society.  People sitting here this morning may be facing particular issues and challenges.  These next two weeks, leading up to Good Friday and Easter Day focus on the very heart of our faith, the death and resurrection of Jesus Christ and it gives us an opportunity to reflect on how these earth shattering events can affect and transform our world, our church and our lives.

New, transformed life is what Christianity calls us to.  That’s what lays before us – if we want to grasp hold of it.  It is not always easy, but it is always there.  New possibilities, even in the middle of the darkness.  Millstones becoming stepping stones.  Resurrection is in – revival is out!  Pedro Reyes’ instruments point to the disturbing challenge, not of revival, but of resurrection.