What is Today’s ‘Ecumenical’ Question?

Geneva houses the head-quarters of many international organisations.  Among them is the headquarters of the World Council of Churches (WCC). The WCC is a world-wide fellowship of churches whose task is to work for Christian unity, that unity for which Jesus Christ longed when he prayed that his followers may all be one, may they all work together so that the world may believe.  350 churches – including the Church of England (CofE) – from 110 countries form this fellowship.  At the heart of the building which houses the WCC, is a huge tapestry with many churches woven into it.  There are big churches, small churches and in-between churches, there are Methodist Churches, Baptist Churches, Anglican Churches, Pentecostal Churches, Orthodox Churches which all form part of this interdenominational (also known as ecumenical) fellowship: they are represented on this tapestry.  In the middle of them all is the striking figure of Jesus Christ: Jesus is at the heart of them all.

I draw your attention to this tapestry for two reasons.  First, it is a reminder that we may be sitting here in Rochester worshipping God and living our own lives, but we are part of a tapestry ourselves, united through Christ to sisters and brothers in churches throughout the world. Indeed, I was deeply moved when I attended a meeting of the Church of the Middle East in Jordan: when I arrived I was welcomed with the words, ‘You have not just come to a meeting, but you have come to join your family.’ Their joy is our joy: their pain is our pain. Ours is a world-wide family.

Over the last year, 100,000 Christians have died because of their faith. In India over Christmas, churches were vandalised and statues smashed. In Afghanistan, churches are under threat, even in the USA more churches are employing armed guards. Regardless of whether they are Anglicans, these are all our family gathering around Christ.

The second reason I draw your attention to the tapestry is related to the first. We are in the middle of the week of Prayer for Christian Unity which draws this vast network together.  This Week of Prayer first made an appearance in 1908 and it has faithfully and imaginatively brought together churches ever since.  That wonderful tapestry in Geneva reflects what this week is all about, reminding all churches of their relatedness and the One through whom they are related and who is at the heart of these annual gatherings.  But the issues and challenges facing church and society 114 years ago, when this Week began, are different from what they are today. The ecumenical questions – and by ecumenical questions I mean questions faced by the many different churches working together in the contemporary world – were different.

In the early 1900s, there was great animosity between the denominations.  The CofE was often seen as the church of the establishment who had their reserved seats in it while churches of other denominations often held the workers.  A room in my own house on Exmoor, which is only 200 yards from the village church, was used in the early 1900s as the local free church chapel for the farmworkers while the wealthier, more established families worshipped in the local church.  In the parish where I was Vicar in the 1990s, there was a United Reformed Church(URC) Chapel with whom we fostered a close relationship. But it was not always like that. Older parishioners remembered the time when if a member of the Church walked towards a member of the Chapel, one would cross the road to avoid meeting the other.  That same community has its own town cemetery with two cemetery chapels.  One was built for the CofE, the other for the so-called non-conformists.  Space for two buildings was a bit tight, but it was still possible for the builders to ensure there was a gap of a few inches so that the buildings did not physically touch each other.  These divisions were highlighted even more when CofE members were interred in a different part of the cemetery from the rest.  If they couldn’t be together in life, they certainly were not allowed to be neighbours in death.

With this as a social and political context replicated in different ways across the world, bringing the churches together to pray for unity was indeed  a radical act.  It didn’t just have church implications: it also had social implications. Divided church reflected a divided society.  The one impacted the other.  To bring such divided communities together for a week of prayer for unity was one thing: to get them to pray together was a miracle in itself.  The ecumenical challenge was whether members of Church and Chapel would even be seen in the same building together. This Week of Prayer had a real edge to it.

In the 1970s, when the world opened up and we all became aware of churches in the global south where there were great disparities of wealth and opportunity, there were other challenges from which a new ecumenical question emerged.  Would Christians who were poor take communion from Christians who made them poor? Again, the faith question reflected a social and political issue. Many independent, indigenous churches, free from western influence, grew in Africa and South America that gave a very clear answer to that challenge.

So what about today?   What is the ecumenical challenge, the ecumenical question that we need to face in this world which is both beautiful and broken? A world wracked by Covid – and the inequalities that go with that; a world filled with fears for the future of the planet; a world swimming, sometimes drowning in a mystifying digital revolution; a world becoming more introverted and less tolerant of difference?

Different places face different challenges, but what is the ecumenical question for us here today that gives an edge to this Week of Prayer for Christian Unity? Today’s epistle, which St. Paul wrote to a troublesome church in Corinth, helps us discern it.

Paul was using the image of the Body to show how they should be relating between themselves and with the world.  He encouraged them to be counter-intuitive and question the values promoted by society:

..there are many members yet one body.  The eye cannot say to the hand, ‘I have no need of you,’ nor again the head to the feet, ‘I have no need of you.’  On the contrary,the members of the body that seem to be weaker are indispensable, and those members of the body that we think less honourable we clothe with great honour, and our less respectable members are treated with greater respect….God has so arranged the body, giving the greater honour to the inferior member, that there may be no dissention within the body, but the members may have the same care for one another.  If one member suffers, all suffer together with it; if one member is honoured, all rejoice together with it. (I Cor. 12.20-26),

‘The members of the body that seem to be weaker are indispensable…..our less respectable members are treated with greater respect….God gives the greater honour to the inferior member.’ Paul writes this to the Church.  It is those whom society excludes because they are regarded of little worth and value that are close to God’s heart and it is these who have the keys to the Kingdom. All of you, writes Paul, especially the weak, less respectable and inferior, are the Body of Christ. 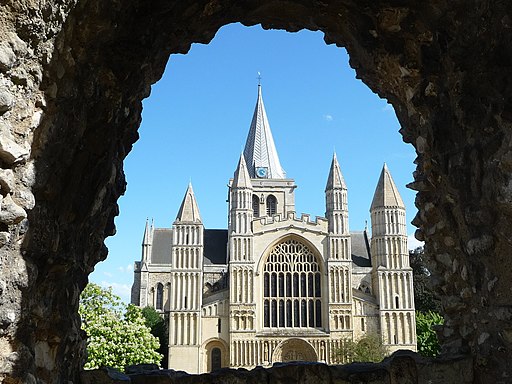 One of the great blessings of being an Anglican (and this is shared by other churches) is that our concern is both for those within our fellowship and at the same time for those outside.  As former Archbishop of Canterbury William Temple wrote: ’The Church is primarily established for those who do not attend.’  Every human being is made in the image and love of God and so today that passage written by Paul relates both to the Church and to wider society.  There is no hierarchy of importance or value in God’s eyes. The Body of Christ are church members, but they are also members of the wider, non-church going communities (the parish) for which the Church is called to show love and care, in other words the Good News of Jesus Christ.

So, we return to this Week of Prayer for Christian Unity.  It is great that we meet with our ecumenical friends and enjoy fellowship, feeding and nourishing our relationships. We have moved on over the last 114 years.  But what gives our gatherings an edge?  Where is the bite in them?  They cannot simply be a comfortable gathering of like-minded people. What is today’s ecumenical challenge, what is today’s ecumenical question? Of course, we all need to discover our own; each community is different. But I would suggest that there is one question being faced by many churches: will the excluded (those who are unheard and not taken seriously), both in church and society, receive communion from those who exclude them? Will the excluded (those whose views, beliefs, attitudes and lifestyles are not heard) share the same space as those who exclude them? These are key questions for each and all of us.

And one more thing about that wonderful tapestry in Geneva.  The Christ at the heart of it, in the middle of these various churches, is bigger than all of them.