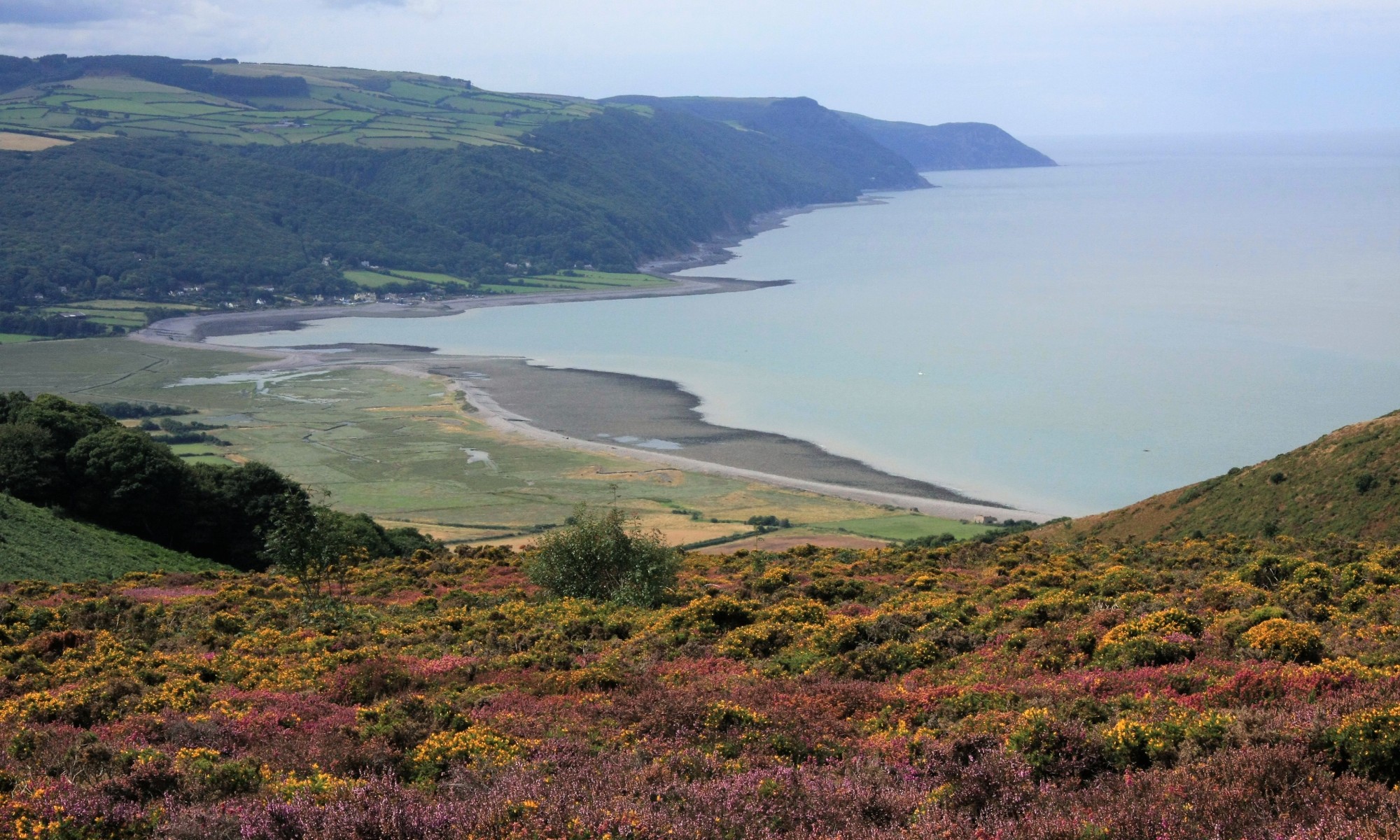 At a time when the world is in great turmoil, not least with its struggling with the Coronavirus, Contemplating Exmoor is a collection of pictures and reflections from Exmoor drawn together to give glimpses of delight, hope and liberation.  Contemplating Exmoor encourages us to look and see. It shines light on a wild and beautiful part of Great Britain which provides a lens to look afresh at our world and ourselves.   It also encourages us to stop and wonder as it takes our breath away with awe-inspiring views and gently embraces us with quiet, unexpected places of calm and tranquillity.

The spirit and aspiration of Contemplating Exmoor are eloquently captured in  ‘The Peace of Wild Things, ’ the title poem in a book of poetry by Kentucky farmer Wendell Berry:

When despair for the world grows in me
and I wake in the night at the least sound
in fear of what my life and my children’s lives may be,
I go and lie down where the wood drake
rests in his beauty on the water, and the great heron feeds.
I come into the peace of wild things
who do not tax their lives with forethought
of grief. I come into the presence of still water.
And I feel above me the day-blind stars
waiting with their light. For a time
I rest in the grace of the world, and am free.

In his poetry Berry’s love, delight and respect for nature are transparent, but he does not escape into it in order to close the door on a troubled and wounded world. Nor is nature a romantic idyll which anaesthetizes him from the pain, fears and despair that face all of creation. He is deeply aware that the world as a whole and nature in particular face grave perils from wars, poverty, injustice, climate change and plague:

……………..I wake in the night at the least sound
in fear of what my life and my children’s lives may be

Yet nature brings Berry joy and perspective.  The miracle of nature is that it always gives more than we deserve and deep in its heart there is something which is indestructible and life-giving. Furthermore, if we look deeply into the heart of the world and the people who inhabit it, we can see these qualities there too.  It is a flame which cannot ultimately be quenched. Experiencing and delighting in this brings Berry liberation and hope:

I rest in the grace of the world, and am free.

In a similar way,  Contemplating Exmoor is not an escape from reality, but a means of engaging with it through the beauty, love and forgiveness which nature reflects. 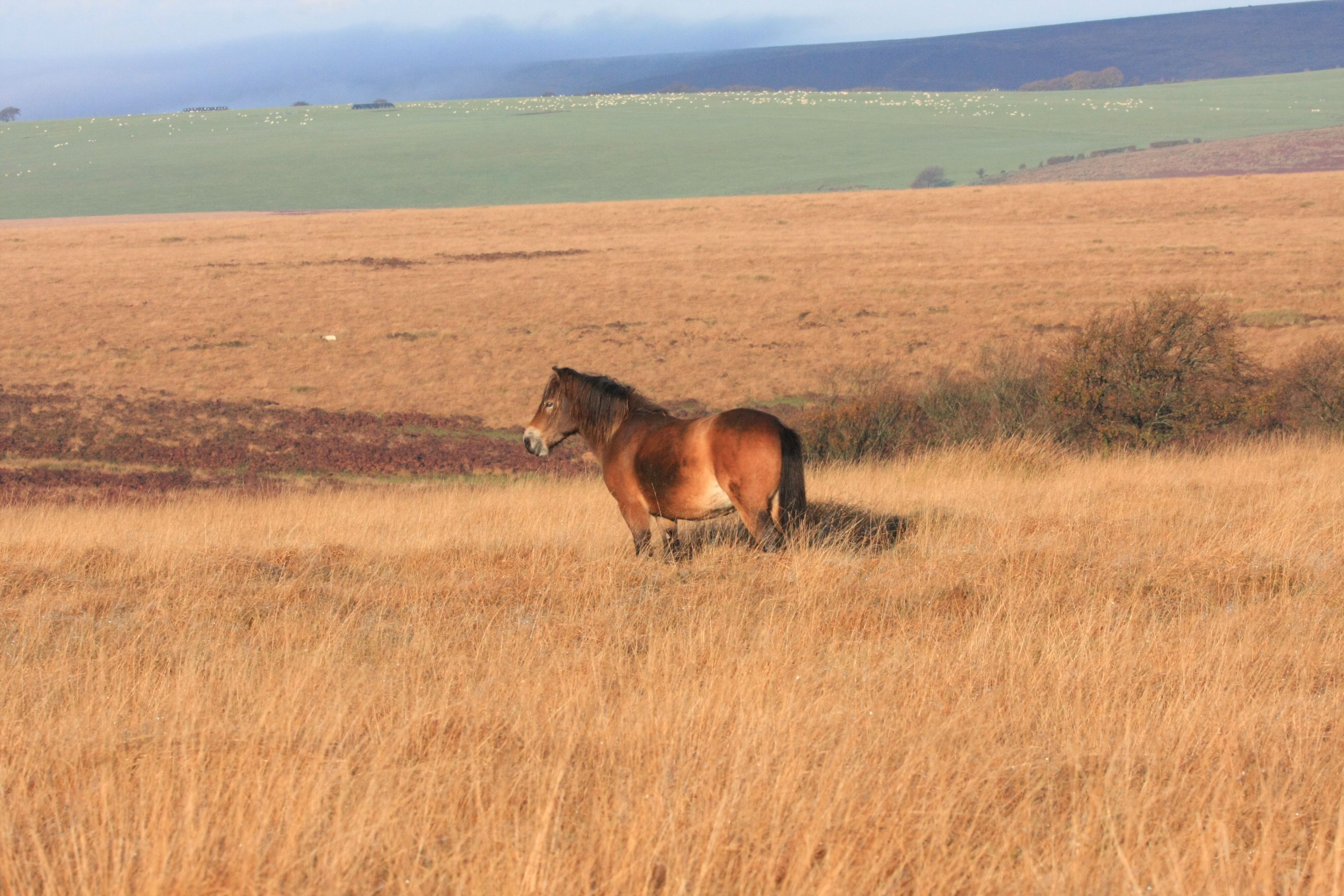 Awe, wonder and calm are features of Exmoor.  I have found that being surrounded by such breath-taking beauty and resting in places of tranquillity are the seed-bed for questions about birth, death and renewal. These big questions are not far below the surface of Exmoor with its working farms, drama of the seasons and churches surrounded by churchyards containing the stories of Exmoor’s past.  While these questions are not forced on anybody, they dance just below the surface.

While I have had close links with Exmoor for thirty-five years, it was in 2015 that my wife and I moved to a small village in the foot hills of Dunkery Beacon, Exmoor’s highest point.  Exmoor was once a royal forest but is now a national park covering 267 square miles of land and sea-scapes.  It encompasses moorland, woodland, valleys, farmland and cliffs towering over spectacular views along the Bristol Channel and the Atlantic. It is a place of vibrant colour and ‘big’ skies: Exmoor was designated Europe’s first international dark sky reserve in 2011 because of its low levels of light pollution enabling stargazers, on the darkest of nights, to stand in awe of the mysterious richness of the heavens above them. Exmoor is an area of blessings. It brings blessings to residents, visitors and pilgrims and it is blessed by its Creator who must have sung it into being. 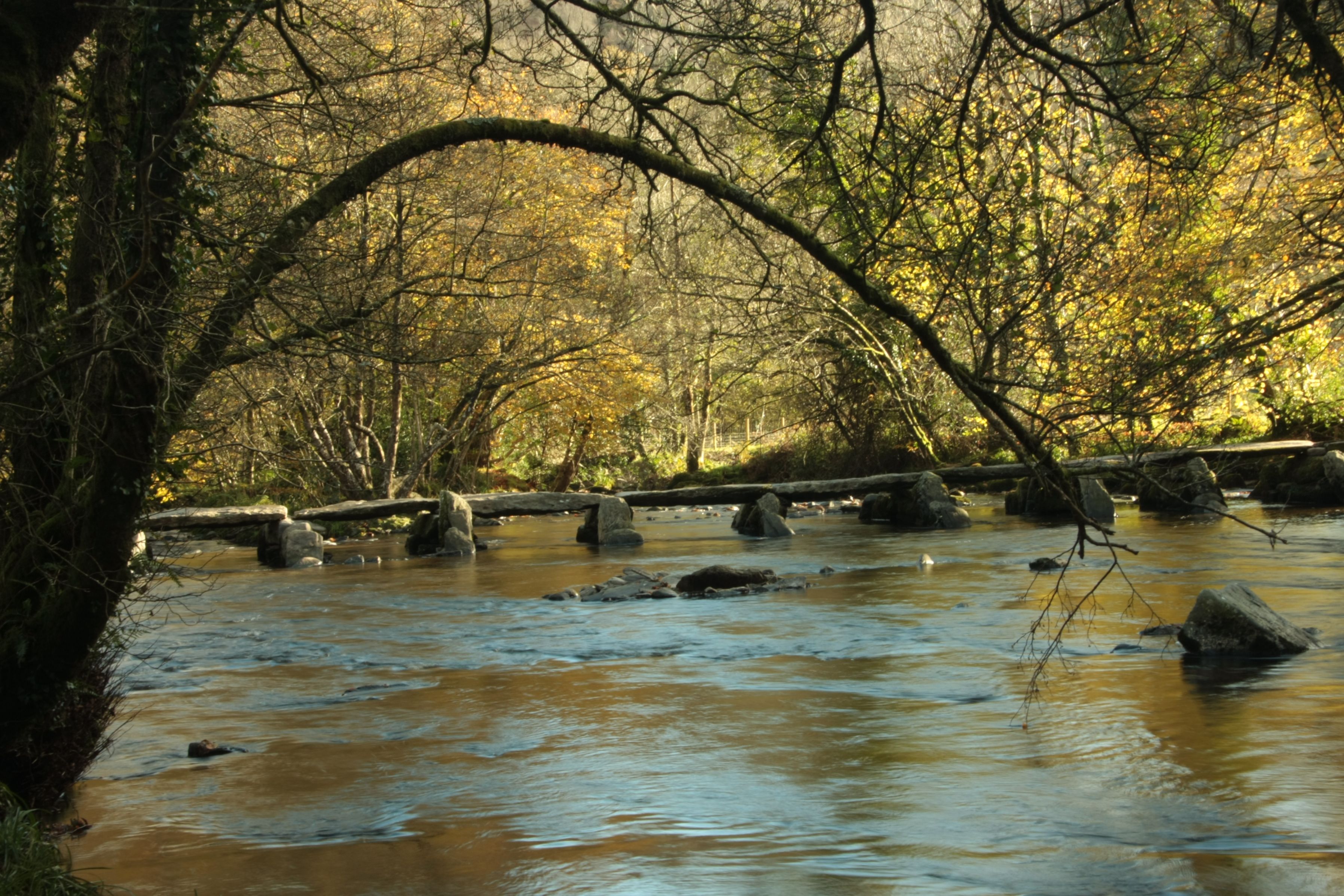 Exmoor, two thirds of which is in the county of Somerset and a third in Devon, gets its name from the river Exe which cuts its way in and around the moor meandering down to the sea at Exmouth near Exeter. Indeed, water shapes the physical and cultural landscape of Exmoor. Picturesque rivers and streams bring life and energy to the area encouraging wildlife to flourish and enabling visitors and locals to enjoy them. But picturesque rivers and streams can be quickly transformed into angry floodwaters. In August 1952,  rivers and sea, urged on by heavy rainfall, conspired together to cause an unprecedented deluge carrying tree trunks and rocks which smashed into the north Devon coastal town of Lynmouth, destroying many homes and killing 34 people. 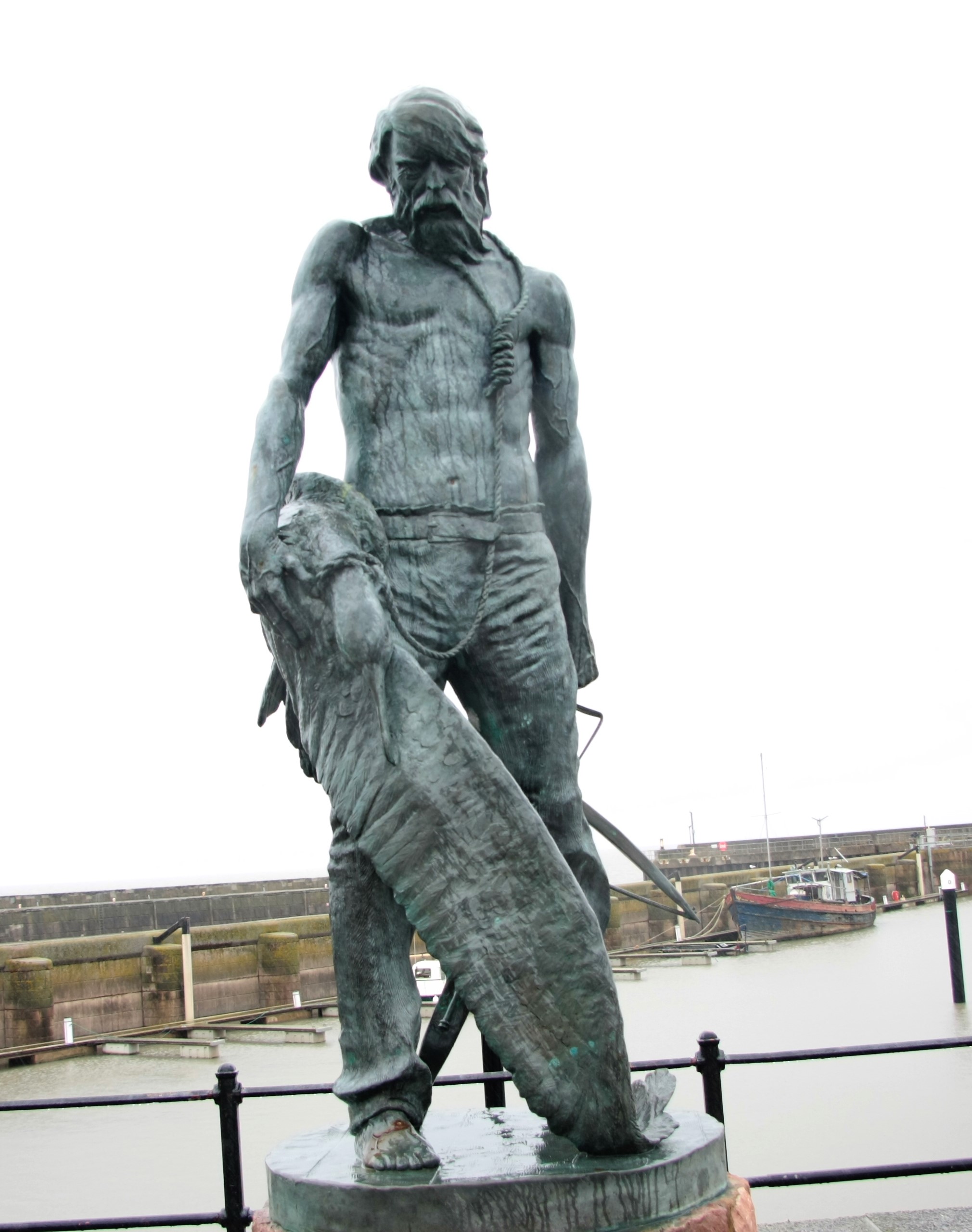 The sea has brought saints and Vikings. It has been the gateway to prosperity as ships have plied their way along the Bristol Channel and transported goods across to Wales.  The Romantic poet Samuel Taylor Coleridge, who lived for 3 years in a village close to Exmoor and frequently tramped across the moor with his friend William Wordsworth, was influenced by Exmoor in the writing of two of his greatest poems where water is prominent.  ‘The Rime of the Ancient Mariner’ with its immortal line ‘Water, water everywhere nor any drop to drink’ is said to have been inspired by the small harbour town of Watchet on the edge of Exmoor. Similarly Coleridge’s ‘Kubla Khan’, where the sacred river Alph (reminiscent of Exmoor rivers) flows through the poem, was written as a result of an opium-influenced dream while Coleridge was staying near Culbone, a remote village high on the moor close to Porlock Weir.

Exmoor generates a culture which, with its warm and characterful communities, red deer, wide variety of bird life, proud Exmoor ponies and distinctive churches, is unpredictable and refreshingly anarchic. There is a sense in which the tentacles of centralised government with its centralised thinking do not have the same hold on remote Exmoor.  Such a rich and varied cocktail makes it an area in which artists, writers and crafts-people are born and to which they are drawn.

Like every place on earth, Exmoor also has its pain and struggles.  There is uncertainty about the future of farming.  There is a lack of employment opportunities and affordable housing, especially for the young. There is loneliness and inadequate transport for the elderly in remote villages.  There are concerns about the management of the rich resources of Exmoor so that the land can be enjoyed by residents and visitors and passed on in an even better condition to our children and grandchildren.  There are concerns that the potential and needs of Exmoor are not understood by decision-makers who stalk the corridors of power in Whitehall.

But Exmoor offers a great deal, not just to its residents and its many visitors, but to the nation as a whole.  Among its residents were Ada Lovelace, who, in the nineteenth century, developed the first computer programme, and authors Penelope Lively and Henry Williamson. Explorer Sir Ranulph Fiennes lives on Exmoor as does  craftsman James Horrobin who designed and made the magnificent Churchill Memorial Gates in the crypt of St. Paul’s Cathedral, London.  Today, there is a lot of innovative thinking on Exmoor about the management of land and farming in the light of contemporary environmental challenges and Britain’s departure from the European Union.

Simply contemplating Exmoor provides insights into joy, energy, life and beauty.  It also says something about struggle, pain, death and hope.  Wherever we live and whatever we believe, Exmoor offers the potential to see life in a different and richer way. 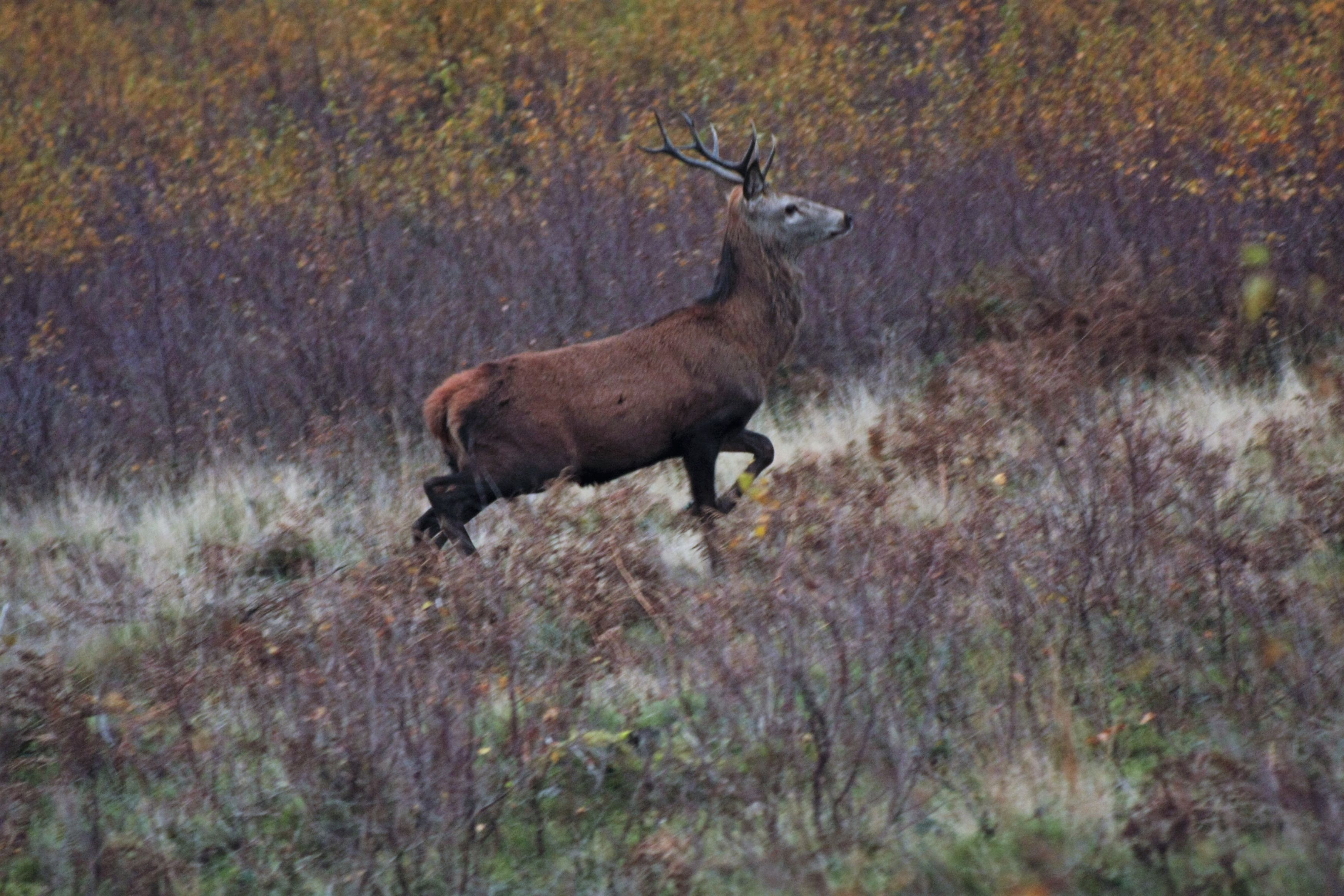 Contemplating is gazing attentively, allowing ourselves to be lost in what lies beyond us.   The paradox is that such gazing also makes us more aware of what is within and around us.  When we return to ourselves, we are refreshed and reinvigorated.  We can get ‘lost’ for a time in something other than ourselves such as in a beautiful view, in music that touches a chord deep within us and in the love of another person. In contemplation, we take the risk of losing control as we are taken up by the Other. There is something mysterious, subversive and sometimes disturbing about contemplation.  In time,  we begin to see and think differently.

Religious people of all faiths have used contemplation to look above the noise and distractions of daily life in order to relate more deeply to God.  But contemplation is a human activity available to all – it is not just for the few.    Wendell Berry describes contemplation at the end of the poem quoted above when he writes:

For a time
I rest in the grace of the world, and am free.

Contemplation is radical action. It is not an escape from reality, but a delving more deeply into reality. It is an opportunity to see the world, others and ourselves, with our joys and sorrows, in a different, more liberating way. 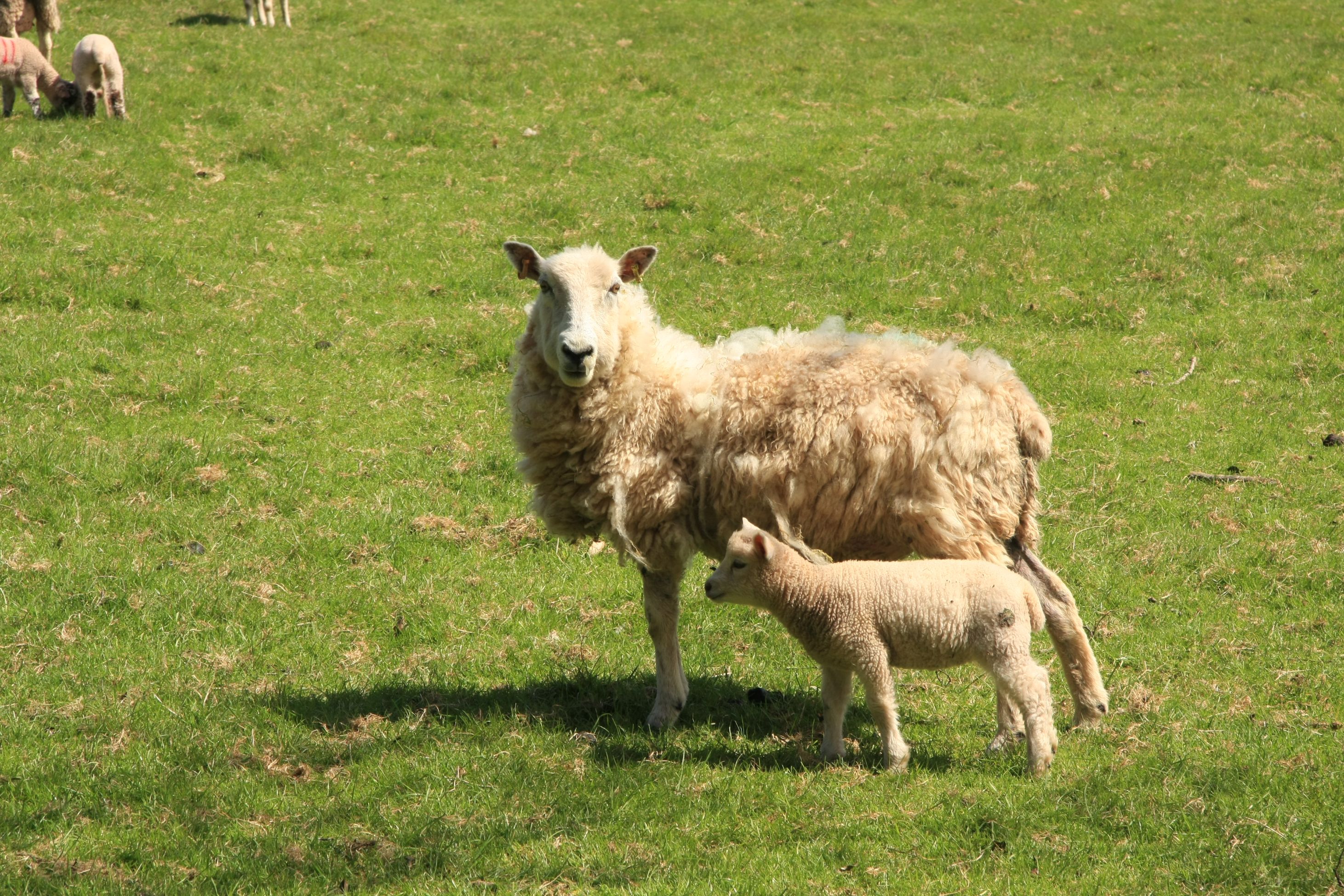 In a forum considering ways that life could change for the better after the dreadful Coronavirus pandemic, Pope Francis expressed the hope that we would ‘learn to understand and contemplate the natural world’ and ‘reconnect with our real surroundings.’   Contemplating Exmoor is an invitation to look and gaze attentively and connect with Exmoor which is a vibrant, working environment shaped by the dynamic relationship between nature and human beings.  Hopefully the pictures will take you to  Exmoor and the reflections accompanying them will provide a doorway for contemplation.

Whether we find ourselves anxious and in the middle of a storm or in a period of peace and calm, Contemplating Exmoor is an invitation to find space to look with the heart before analysing with the mind.  It is an invitation to lay aside for a short time the thoughts and fears that may be weighing us down, so that, like Wendell Berry, we open ourselves to ‘come into the presence of still water.’

I am an enthusiastic rather than a competent photographer, but I have decided to use my pictures because they are of scenes that speak to me and they are accompanied by my reflections. Many songs are popular not because the tunes are great music, nor because the words are soaring poetry, but because the marriage of tune and words form a partnership which somehow touch people’s hearts. I hope this marriage of pictures and reflections speaks to you.   It is in this spirit that I offer Contemplating Exmoor.