‘Let me write the hymns of the Church and I care not who writes the theology,’ wrote Dr. R.W.Dale, minister of Carrs Lane Congregational Church, Birmingham in the second half of the nineteenth century.  Dales’ comment springs into my mind around Remembrance Sunday and Christmas when hymns and carols become hot topics of discussion.  Over the last few days there have been a number of blogs and comments on them: around Remembrance Day ‘Onward Christian Soldiers’ became a topic of debate when there was a dispute in the parish of Oadby, Leicestershire, about whether it should be sung at the annual remembrance service.  The way that carols and hymns do hit the headlines is an important reminder about their power and potential.  What is also gratifying is that a wide variety of people, both inside and outside the Church, join in with the debate, often with powerful emotion.  I have often reminded those that choose hymns for worship that singing a much-loved hymn to an unfamiliar tune can cause a riot in the church.  Here I am adding some reflections to the debate around carols which share similar characteristics to hymns.  Hymn-writer Brian Wren helpfully draws these together in the phrase ‘congregational song.’

Congregational song has from its beginnings courted controversy, just as it does today.  Originally, psalms and biblical paraphrases were the songs of the Church. The non-biblical hymn made an appearance in Syria in the second century and was used as a vehicle for heretical views.  The Church was reluctant to allow non-biblical hymns into worship, but her arm was forced because these hymns, while flying in the face of orthodoxy, had popular appeal.  Eventually, the Church recognised their value and potential and allowed them provided they propounded orthodox theology:to make doubly sure, the doxology (a verse glorifying the Trinity) came to be added.  There was concern that what the people sang reflected the doctrine of the Church.  But, as we shall see, this did not last long.

Congregational song has always been a source of great comfort, penetrating deep into people’s hearts and psyche.  St. Augustine in his Confessions describes the time that Bishop Ambrose of Milan was forced to retreat into the church for his own safety in 386 AD. Ambrose had been confronting the heretical views of the empress Justina and there was a great deal of unrest in the city.  Ambrose was persecuted by Justina and so he fled for safety into his church.  Surrounded by his followers, they sang hymns to keep up their spirits and this was the point at which the singing of hymns became more widespread.  Augustine, with his mother, was in the church supporting Ambrose at his time of need and was deeply affected by this.  Augustine later encouraged the singing of hymns, writing, ‘He who sings, prays twice.’  What is significant is that congregational song gives the people a voice in worship – something that they did not have because it was led and dominated by clergy – and provided a vehicle for their expression of faith and theology.

The genie was now out of the bottle. The people now had a say in faith and theology, though not in a systematic way.  Congregational song derives its popularity by whether it speaks to people’s hearts – and if a song not popular, it will soon be relegated to the liturgical dust-bin. The preface to the 1983 edition of Hymns Ancient and Modern articulates this point well:

They belong by nature to the people of God, and more to the laity in the nave than the clerks in the choir….A good hymn book is necessarily an endeavour in high democracy.  The lifetime of a hymn is one which congregations decide by an unconscious process.

The Wesleys were particularly aware of all this and exploited it to the full.

In addition, it is not just the words that are important in hymns and carols, but it is the marriage between words and tune. A tune can make a hymn and carol sink like a stone or fly to the heavens. The tune often tells us why a hymn is popular.

One of the reasons for the popularity of carols and hymns is that they tell a story of faith mediated through the author of the words, the composer of the tune and context of the singer.  They are the people’s song.  Twentieth century hymnologist Erik Routley describes them as the ‘folk song of the church militant.’  They are effectively Christian folk songs and they share many features of folk songs including being changed and adapted to suit a changing world.  ‘Hark! the herald angels sing’ started as a Christmas hymn written by Charles Wesley. It began ‘Hark, how all the welkin rings’.  Originally it had ten verses each of four lines.  Over time it became the much-loved and frequently sung carol of three verses each of ten lines that we sing today. If we tried to return to the original version (as did the 1906 version of the English Hymnal) and the older tune then people will simply not sing it.

One of the constant questions that has always surrounded carols and hymns is whether they are ‘doctrinally’ sound. Should they be doctrinally sound in order to be sung?  As we have seen, this was a battle when the non-biblical hymn form was first introduced into the Church.  To answer this question, one needs to be aware of the purpose of congregational song. 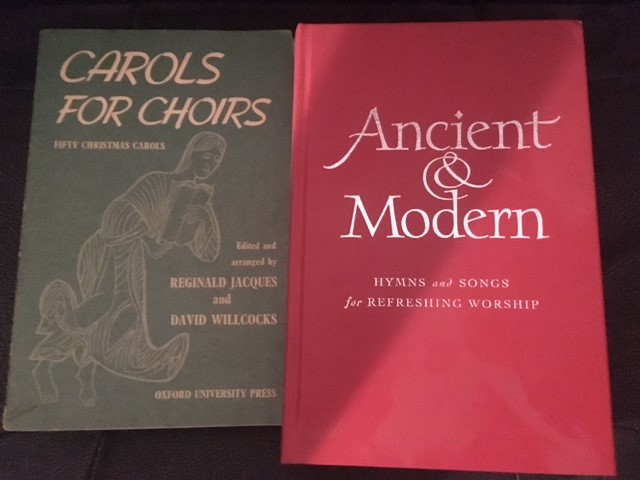 Some Christian churches use hymns to express their theology and this is highlighted by the fact that they only authorize for use hymn books that have been approved by the church leadership.  For example, Methodism has traditionally used hymns as vehicles of doctrine and theology and at one time a large part of worship would be sung rather than said.  Accordingly, it is the Methodist Conference that has authorized hymn books for Methodists.  Similar arrangements exist for the United Reformed Church.  However, it is different for the Church of England which has never had an authorized hymn book as hymns have not been regarded as significant vehicles of theology.  The traditional understanding for members of the Church of England is that it is within the pages of the Prayer Book and the Bible where all that is necessary for belief is to be found.  This lightens the doctrinal weight of responsibility on carols and hymns and allows a greater breadth of theological expression in worship.  It also enables a healthy and lively dialogue between those who lead the Church and the people who worship within it.  While doctrine expresses what the Church expect people to believe, hymns often express what people really do believe.

‘Let me write the hymns of the Church and I care not who writes the theology,’ wrote R.W.Dale.  We need to explore more seriously their theology and the reasons for their popularity, not to ‘correct’ or control them but to learn from them.