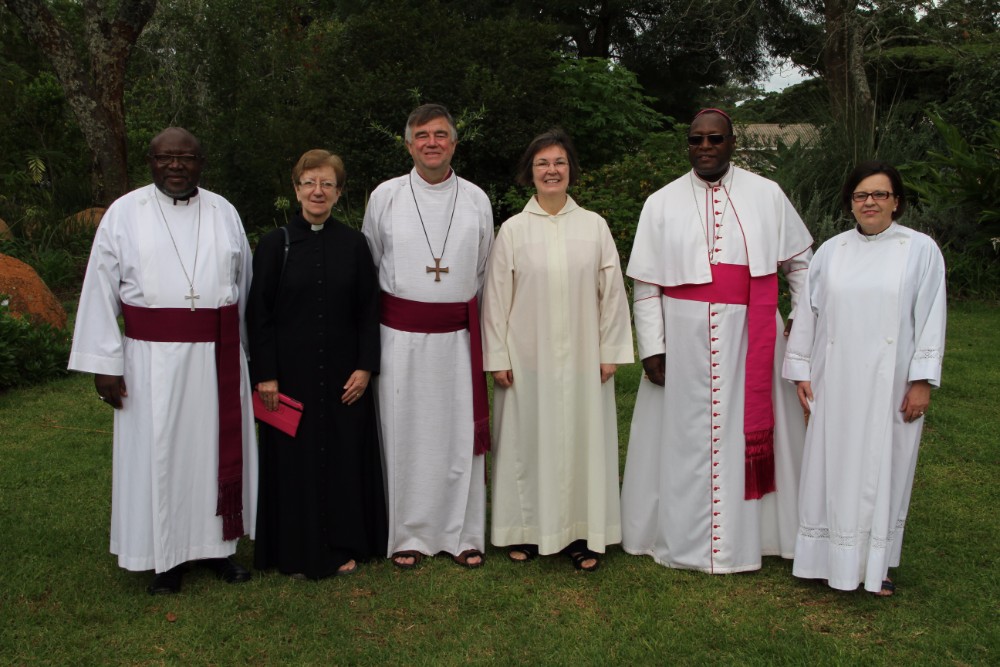 Bishop of Harare Chad Gandiya has expressed his gratitude for a recent visit to his dioceseby three women priests from the Church of England.

Canon Liz Walker, the Revd Judy Henning and the Revd Anne Jablonski, all from the Diocese of Rochester, travelled to the African nation with their bishop the Rt Revd Brian Castle.

The trip was, however, more than just a friendly visit, and the three women were deployed to various parishes with the Diocese of Harare. They spent two weekends in parishes and were in Zimbabwe from January 4 to January 13.

In an interview with ACNS yesterday Bishop Gandiya said, “This was the first in the diocese! The [Church of England] priests were surprised by the reception they received in those parishes and they were able to carry out their work joyfully.”

The priests also joined fellow clergy from Zimbabwe for a week-long annual clergy retreat at Peterhouse, in the town of Marondera. “It was as if we had women priests in the diocese already,” said Bp Gandiya.

At its Provincial Synod held in November last year, the Church of the Province of Central Africa, of which Zimbabwe is a part, voted against a motion to allow individual dioceses who want to ordain women to go ahead.

“Obviously many women are asking why our Province turned down our request and what we are going to do about it,” said Bishop Gandiya. “The first thing we are going to do is report back to Diocesan Synod that had sent us with request in the first place. Secondly, we are continuing with the training we are giving to the laity – in particular women – in theology.”

The Bishop also said he would ask Synod to approve the training of women as ordinands in preparation for the future. “Our diocese has women who, in order to fulfill their calling to ordained ministry, have had to leave the country to train and get ordained and are currently serving as priests abroad. This is not right,” he said.

He added, “They should serve in their home dioceses. We in Harare are generally ready for women priests. We feel God’s mission in our context is being retarded by the continual refusal by our Province to allow us to ordain women.”

The Diocese of Harare has a long-standing link with the Diocese of Rochester and the two dioceses support and encourage each other in God’s mission as well as share both material and spiritual resources.