Presentation of Christ in the Temple and Radical Faithfulness 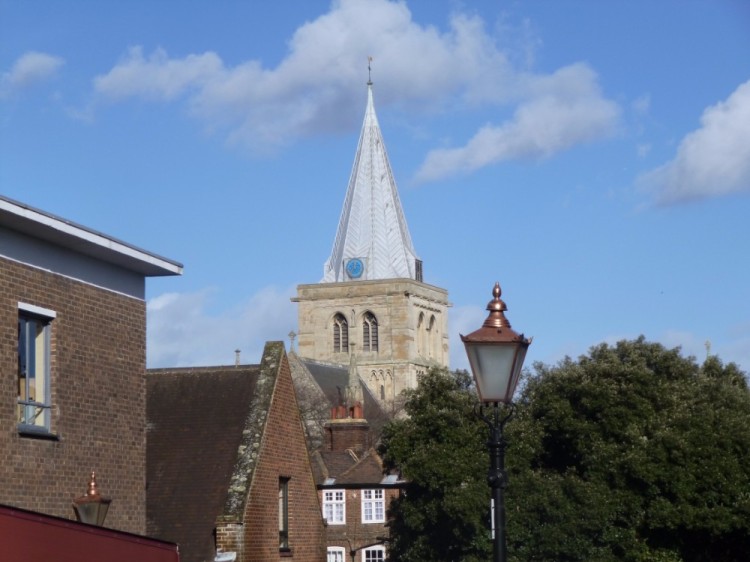 Today’s celebration is about the planning of a revolution. It didn’t happen in a secret hideaway in a country under a dictatorship. It didn’t happen in a city board-room where a disgruntled group of people, who, disillusioned by the leadership of a company, wanted to oust the chairman and chief executive.  It wasn’t plotted by a group of young professionals who wanted to claw their way to the top.  No, it happened with an old man close to death, an elderly widow who seemed to spend her time shuffling around a place of worship, a teenage mother, accompanied by her partner, who unexpectedly found herself in a sequence of events that she found inexplicable, and a baby, a vulnerable baby, who was recognised to be the key to a new world and new life.

St. Luke’s Gospel is full of people who, on the surface appear ordinary and unremarkable, who would certainly not be viewed as revolutionaries, yet their faithfulness to God make them among the most radical in the Bible.  Take Mary, a simple, ordinary, uncomplicated young girl – she said ‘yes’ to God and became the mother of Jesus Christ.  Take Elizabeth, the wife of an elderly priest, who herself was elderly and childless – she became the mother of John the Baptist. And today, as we celebrate the presentation of Jesus Christ in the Temple, we come across two more, Simeon and Anna.

In today’s Gospel, we heard of Jesus being taken to the Temple in order to carry out various rites and ceremonies that were required by Jewish law….it was an act of thanksgiving for a safe delivery and offering him into God’s service.  This ritual was traditionally carried out by all faithful Jews. It marked a new beginning.   While Mary, Joseph and Jesus were there, Simeon, an elderly, faithful and prayerful Jew, looking forward to death, trusting in God, recognised Jesus for who he was – the Messiah, sent by God.   Just think of the thousands of babies he would have seen, but he recognised Jesus as the Lord’s Messiah, even though the Messiah was different from what Simeon was told.  In our first reading we get a flavour of the kind of Messiah the people were expecting:

The Lord whom you seek will suddenly come to his temple…Indeed he is coming, says the Lord of hosts.  But who can endure the day of his coming, and who can stand when he appears?  For he is like a refiner’s fire and like fuller’s soap.

This conjures up a picture of the Lord coming as a great leader in power and judgement.  But he came as a vulnerable and helpless baby – and dear old Simeon,faithful old Simeon, recognised him as a’ light for revelation to the Gentiles and for glory to your people Israel.’  Simeon not only recognised him, but knew what his presence would mean to Jesus himself, to Mary and to Simeon.

Simeon warned Mary that there would be disturbance and disruption and that there would be encouragement and comfort: ‘This child is destined for the falling and rising of many in Israel and to be a sign that will be opposed so that the inner thoughts of many will be revealed.’  He goes on to tell Mary, ‘A sword will pierce your own soul too.’

Having recognised Jesus for who he was, Simeon was free to move on to the next chapter in his own journey…………he was free to die.  ‘Master, now you are dismissing your servant in peace, according to your word; for my eyes have seen your salvation.’  Or, as the last hymn written by the Precentor so beautifully phrased it,

Now, Lord, let your servant
Leave this life in peace:
For your word has taught us-
Love will never cease.

Simeon’s sentiments are taken up by the prophetess Anna who had been widowed most of her life.  She praised God for what he had done in sending

Jesus and she was freed to tell others about his coming.

What we are being shown in this passage is that the most remarkable event in human history is recognised by very ordinary people and they also recognise the unexpected way in which it happened.  In recognising Jesus for who he is, something inside of them is freed and liberated: Simeon is freed to die and  Anna is freed to tell others about Jesus.  They had a radical faithfulness.  Everybody was expecting God to send a Messiah to his people – nobody was expecting to see him come in this way, which makes the events surrounding his birth all the more remarkable: and the people who recognised him as all the more remarkable.

Ordinary people, quietly and faithfully living their lives…..what do they have to say about the way God is working among us?

We live in a loud and shrill society where people are forced to elbow their way to the front of the crowd to be heard.  At times I fear that the Church copies society’s way of relating and communicating.  The Church’s structures too often are organised so that the articulate and the good debaters are heard and we don’t hear what is being said by the quiet and the silent.   How can we create the space and environment that enables us to hear the voices of the ordinary people who may not be pushing themselves forward, people who may say very little at meetings?  How can we make sure that when these people come up with the radical, off-the-wall ideas which may well be the voice of the Holy Spirit, that they are not disregarded?  Jesus comes among us in ways that are least expected and when he does come, he brings disturbance and disruption, encouragement and comfort.   What we also hear from today’s celebration is that the people most likely to recognise him are not necessarily the great leaders in high places,  the highly educated managers but rather, ordinary people who have a deep and close relationship with God and are open to the unexpected.  People who have a radical faithfulness.

What we also discover from today is that when Jesus is recognised, when God is recognised, something is liberated and freed within us all and we can move on to the next chapter, to whatever God is calling us.  Today is about radical faithfulness.

God has a habit of using the ordinary as a channel for the extraordinary – and so often that’s not where we are looking.