Reaching out to the ‘Other’

Yet today, the cult of the individual militates against otherness.  Contemporary British Society encourages us to be so focussed on ourselves and our own needs to the extent that there is little or no awareness of the ‘other’, and when there is, the other can be regarded as an enemy and a threat.  Lack of awareness of the other can be seen in a whole range of scenarios from the personal to the spatial to the political.  The mantra that people should live life in such a way that our needs are always being met sounds the death-knell to community and creativity as well as undermining what lies at the heart of the Gospel.   It is becoming more common in crowded places, such as shops and streets, to find people so centred on what they are wanting to do that they end up blocking the passage of others as though unaware, or not caring, that others are wanting to pass.  In a society that prides itself on being tolerant and open, there is a real reluctance to take seriously those whose beliefs and politics stem from other ideological roots.  The stranger and the alien are regarded with suspicion.  This is in stark contrast to ancient Israel whose laws ensured that embracing the other lie at the heart of their society.  The ancient Israelites were not perfect at following this principle and it fell to the prophets to remind them of their obligations. 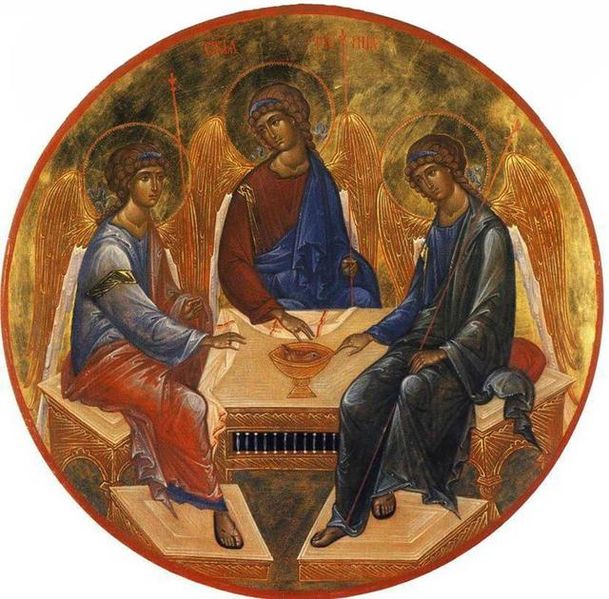 However, otherness is not acceptable on its own. A willingness to embrace otherness needs to be set in the context of another deeply human and God-given impulse which is a desire for communion with other people and with God.  Human beings are made for communion – we need each other if we are to flourish as human beings.  John Donne in his well known poem points to this when he writes, ‘No man is an island entire of itself.’ The significance of relationships for many Africans is expressed in the saying ‘I am because we are’; a Zulu saying expresses it in a different way,  ‘A person becomes a person because of people.’

Human beings are also made for communion with God.  St. Augustine reflects on the relationship with God when he cries out ‘our hearts are restless until they find their rest in thee’.  The psalmist reminds us, ‘Like as a deer longs for the water brooks, so longs my soul for you, O God.’ (Psalm 42).  The need for relationship with others and the desire for communion with God are bound up with each other.

The dynamic between otherness and communion is seen perfectly constituted in the Trinity, in the relationship between God as Father, Son and Holy Spirit.  Here the otherness of each of the persons is respected and it leads to a perfect communion of love.  Otherness needs to lead to communion and unity. Respecting the other is a key component in reconciliation.

Adapted from my book, Reconciling One and All – God’s Gift to the World.