Visiting the Gardens of Eden 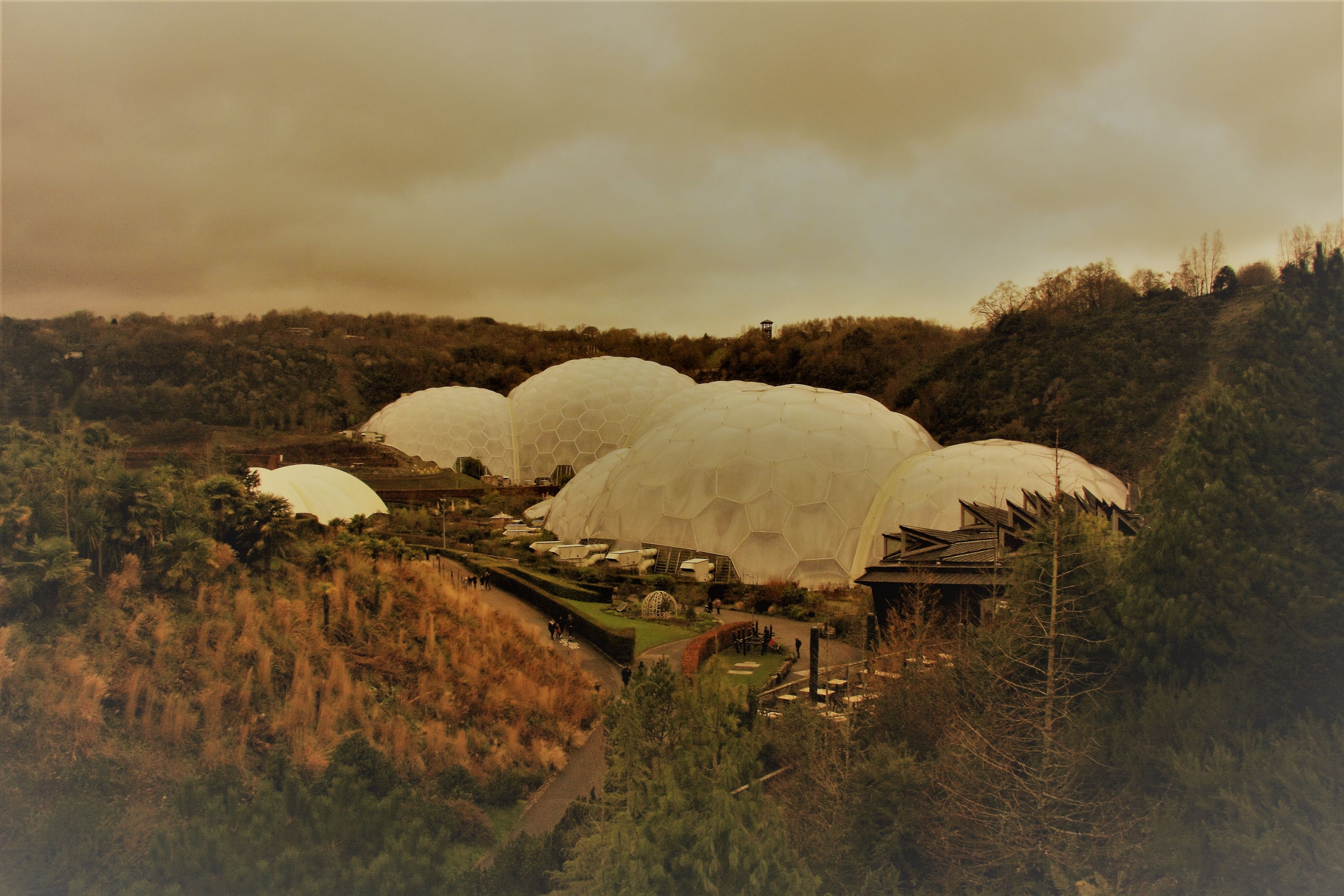 Recently I visited the Gardens of Eden.  It was a remarkable experience. Leaving behind a cold, wet, dreary Britain depressed by a tawdry general election campaign, I found myself wondering through a tropical rain forest – the largest in captivity! The designers had not only researched the trees and plants which flourish in this environment, but also supplied it with the insects and birds needed to maintain its eco-system.

A five minute walk from the humidity of the rain forest and I was in the Mediterranean, surrounded by olive groves, vines and (as depicted in a lively sculpture of Dionysus, the Greek god of wine) the chaos that can erupt after the grapes are transformed into wine.  In the same area there is the flora and fauna of other wine-growing areas of California, South Africa and Australia.

These Gardens of Eden were not where the rivers Tigris and Euphrates meet (where some claim the Garden of Eden to have been) nor were they a mythological site conjured up in the imagination.  But they are the central features of the Eden Project, situated just outside St. Austell, Cornwall.

For those who have never been, the Eden Project is well worth a visit. It is prophetic, imaginative, daring and timely.  The vision of the Project, which had been brewing in minds and discussed in pubs, began to become a reality in 1995 when construction started in an exhausted china clay pit. It opened its doors to the public in 2001-2002.

The visionaries wanted to create somewhere which explored humanity’s place in nature, drawing out especially how we depend upon plants to provide the air we breathe, the food we eat and the medicines which heal us.  But Eden is more than gardens and forests. It is a living theatre of plants and people.  It consists of communities, art, architecture and numerous transformational projects and learning programmes.  Eden is a project of encouragement which is realistic about the challenges faced by the planet and, at the same time, it inspires visitors to take action in simple, achievable ways.  It is the first time I have been confronted by the stark realities of the ecological crisis in a way which did not make me feel guilty, but rather hopeful for change and transformation both within society and myself. Tim Smit, co-founder of the Project, writes,

In the late 1990s a small group gathered in pubs and offices to talk about an idea – to create a place like nothing anyone had ever seen before; a place that explored our place in nature, a place that demonstrated what could be done if people who wanted to make a difference got together.  It was ridiculous to imagine it was possible that hundreds of people trained to say no could be persuaded to say yes.  But the greybeards had a brilliant plan: ask the youngsters to do it – they don’t know it can’t be done.

Tim Smit wrote these words in 2001: looking at recent protests demonstrating the frustrations of the young over the lack of progress in the environmental crisis, shows how prophetic he was about the passion of the young in their fight for transformation.

I left the Project with a spring in my step.  I had been inspired,  challenged and encouraged.  And the General Election could not have been further from my thoughts.

On returning home, I received an email from the Eden Project asking one action I shall be taking as a result of the visit. I have decided to plant an olive tree in my garden next year.  I shall watch out for Dionysus and his followers.

Second image: ‘The Rites of Dionysus’ – Sculpture by Tim Shaw shows the chaos that can erupt after grapes are transformed into wine.  Picture taken by Kenneth Allen/Eden Project/CC BY-SA 2.0.