Remembrance Sunday 2019 – Patriotism is Not Enough

‘I wasn’t brave.  I was lucky. I was just doing a job…’ These were the words of 94 year old D-Day veteran Harry Billinge.  He was being interviewed this week after raising an enormous amount of money for the new memorial being built in a field overlooking Gold Beach, one of the D-Day landing sites in Normandy.  Harry said he wasn’t brave, but, of course he was.  He may have just been doing a job, as many others would have said, but what they did enlisted them into a cause which brought out from them courage, self-giving and hope for a better future.

It was clear from this 94 year old that he, with many, thought that war was a terrible waste of young lives – so often war is bought through the machinations and incompetence of the political class, but is paid for by the lives and futures of ordinary men and women in the field – but out of the whole dreadful experience of war emerged those virtues of courage, self-giving and hope for a better future.

Last year we commemorated the centenary of the ending of the first world war – and note the name, the first world war, the first war that touched every continent in the world. What lessons did we learn from the sacrifices made in that? It was called a war to end all wars.  But was it?  No, of course not. The war, and especially the peace terms that followed it,  set the stage for the second world war thirty years later. 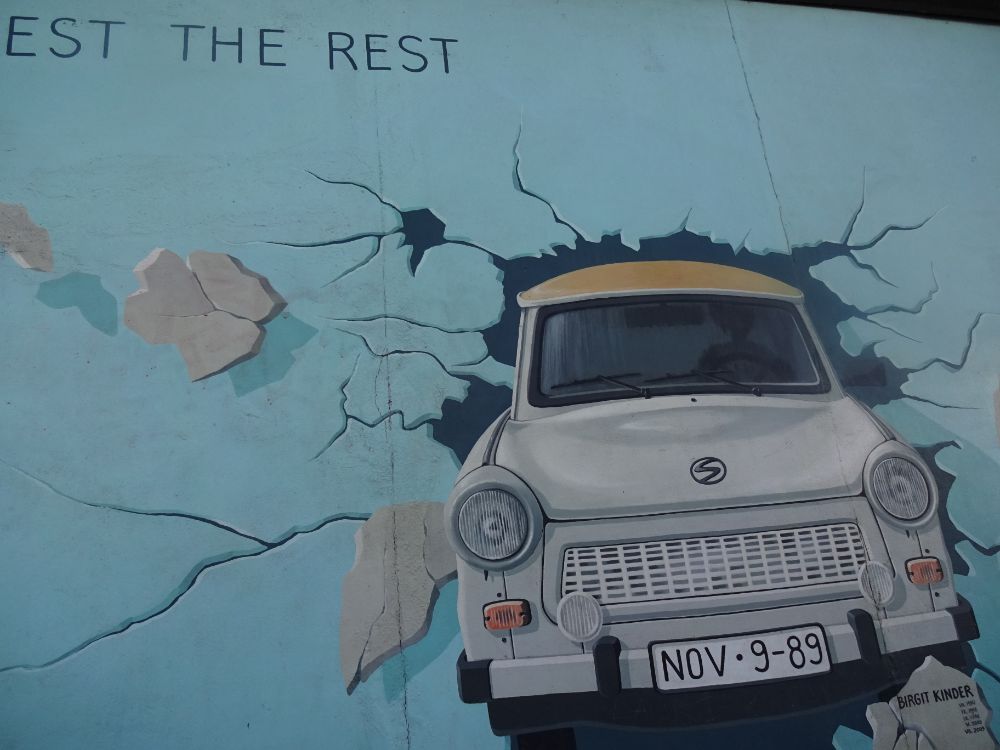 Over the last few days we have been remembering another ‘war’ by commemorating the 30th anniversary of the breaking down of the Berlin Wall. This was known, of course, as the Cold War. Breaking down the wall heralded a time of hope.  A new world order was to begin, because, it was believed, the Communist East had lost its power against the West.  Francis Fukuyama, an American politician and academic wrote a book called The End of History arguing that, those who fought for and died for western democracy had prevailed and won the battle against anti-democratic regimes and the breaking down of the Berlin wall was proof of this.   Was he right?  No, of course not.  The Soviet Bloc may have lost much of its power and influence, but other parts of the world and other groupings have taken its place in challenging, politically, economically and culturally, the West.

Yet others have argued that since World War 2, there has been peace in Europe.  Is that true? No and yes.  What we have done is to displace the disputes to other parts of the globe. These are often described as proxy wars.  Look at Ukraine, look at the Balkans. Look at the Middle East.

Sadly, in this life there will not be a time when wars will not happen somewhere in the world and somehow the West will usually have a finger in the pie, we will have interests that one side or other should prevail.  So how can we honour those who have fallen?

It is here that I would like to turn to today’s reading (Matthew 5.1-12) where we heard some of the most radical words in the whole of the Bible.  It is here that Christian values are clearly stated, turning upside down the values of the world.  Jesus Christ is telling his hearers that it is possible to have a better world, but that  can only happen if we look at the world and those who are undervalued in a different light.

Furthermore, there’s a double meaning here.  It is not only those who are the weakest in the world’s eyes that are particularly blessed by God, but so too are those who are in solidarity with them, those who stand by them, support and encourage them share with them God’s blessing.

So, if we really want to honour those who have died, if we really want their deaths not to have been in vain, then we need to live out these values in our families, communities and country.  Who are the weakest and most vulnerable, those particularly blessed by God, in our families, in our communities and in our country?  Who are those who are being forgotten and pushed out because their ways and their views are not accepted – they have a particular place in God’s heart?  What about those we find difficult, those who have upset and offended us, do we turn our backs on them and blank them?  It is here that we draw upon those virtues displayed by those who gave their lives in the wars – courage, self-giving and hope for a better future – and stretch out to them.  But to do this and to make a difference, to make a real difference, we need to dig deep, even deeper than the love of our country.  And that will require courage, self-giving and hope.

Edith Cavell was a nurse in the first world war who is celebrated for saving the lives of soldiers, without discrimination, from both sides of the conflict.  She also helped soldiers escape from enemy occupied territory in Belgium – for this she was arrested and eventually executed.  On the night before her execution in 1915 she wrote,

Standing as I do in view of God and eternity, I realise that patriotism is not enough: I must have no hatred or bitterness towards anyone.

Can we draw on those virtues of courage, self-giving and hope displayed by those we remember today? Can we dig as deeply as that?