Where are Life’s Priorities?

The newly appointed chief executive (CEO) of Black and Decker called a meeting of his management team.  He had in his hand a drill.  ‘What is the priority of this company?  What is our main focus? ’ he asked.  ‘The drill,’ they all said.  ‘No,’ he replied, ‘it is the hole in the wall.’ He went on tell his team that  the drill is the means of making the hole in the wall , but, as important as it is, the drill is not the main focus of what they are about.  This question about priorities right can be asked of us all.

Yesterday I was listening to the comments of a former head of MI6 who said that we, as a nation, are facing a political nervous break-down. There is an impasse over the way forwards in regard to Europe. In addition,  most of us have no choice over next Prime Minister and this is all the more difficult when the UK is facing some of most critical decisions in a generation.  People are feeling powerless and helpless and don’t know where to look or turn.  There is a feeling that political parties have lost their way and their focus.  The country as a whole lacks a wider vision and has lost sight of its priorities. 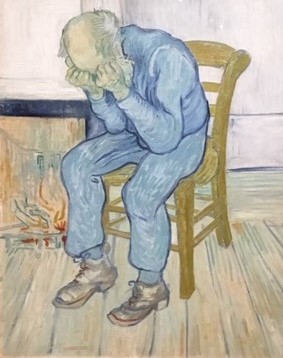 In today’s Gospel we hear story of Jesus sending his disciples out to live and tell the good news in nearby towns and villages.  When they eventually return, they tell Jesus of the miraculous happenings and they report that, ‘Even the demons submit to us!’ (Luke10.17)   Look at the power we have shown, boast the disciples to Jesus.  Surely that’s a sign of our success.

But Jesus tells them that they have their priorities wrong.  Showing such power is not what the Good News is all about. They are not called to be magicians. He says to them, ‘Do not rejoice at this, that the spirits submit to you, but rejoice that your names are written in heaven.’  He is telling them that their calling is centred not on the world, but rather on what is beyond the world, on God. They are not servants of the world, and when they are clear that their relationship with God is their priority, then the world will begin to change.  When we are able to focus on our relationship with God – and this is work in progress for us all – then it affects all that we do in the world and it affects our relationships. We become better parents, grandparents, wives, husbands, friends and, of course, we become better citizens.  When we focus simply on what is around us and are only willing to shift the furniture, then there will be no long-term change. We remain as we are or we go backwards.  It is our relationship with God that enables the new, the fresh and the  extraordinary to break in.

By waving the drill around, the CEO of Black and Decker reminded his work force of their priorities – and they were challenged because their focus was not in the right place.  As Christians, getting our priority right can affect every aspect of our lives and open the door for the new and unexpected.