Things fall apart; the centre cannot hold;
Mere anarchy is loosed upon the world,
The blood-dimmed tide is loosed, and everywhere
The ceremony of innocence is drowned;
The best lack all conviction, while the worst
Are full of passionate intensity.

These words were written in 1919 by the Irish poet W.B.Yeats in the aftermath of World War 1 and at the beginning of the Irish War of Independence.  They came to me as I was reflecting on today, in the light of this morning’s Bible readings and two events that have hit the news over recent weeks and months.  Those events are the Grenfell Tower Enquiry and the dramatic collapse of Carillion, the British multinational organisation.

Over the last ten days or so, we have heard heart-rending stories of those who have lost friends and family in the dreadful Grenfell Tower fire that happened a year ago this month.  In the weeks to come, we shall be witnesses to an enquiry into how the fire happened in the first place and what lessons can be learned.  Already we have been told that building regulations and fire safety regulations were not fit for purpose.

In the dramatic collapse of Carillion where many have lost jobs and may well have lost pensions, we are hearing that there were signs of problems within this huge organisation some time ago, but they were not flagged up in the company’s formal accounts.  In a parliamentary hearing, one MP commented that Carillion’s annual reports were, ‘worthless as a guide to the true financial health of the company.’  Another MP, in a comment that would be more in place in a pantomime than in the Houses of Parliament, said to the company whose responsibility was to audit the accounts, ‘I wouldn’t trust you to audit the contents of my fridge.’

It is not for us to attribute blame or responsibility, but it is quite disturbing that such things happen in a country that must be one of the most heavily regulated in the world.  We have so many rules, regulations and safeguards, usually set up for the very best of reasons, but they can easily subvert and undermine the causes and people they were established to serve, protect and support. These failures may have been through neglect, but they may equally have happened without malice because systems, often complex and unwieldy systems, lose sight of the people they are meant to serve, protect and support. It is also easy to lose sight of priorities, the things that are important in life, especially in large and complex organisations and institutions.

Of course, none of this is new. These are the kind of questions that Jesus both faced and challenged throughout his ministry – and they eventually led to his death.  In today’s Gospel reading, Jesus and his disciples were walking through some cornfields, and, feeling hungry, they were grabbing some ears of corn as they went.   Under Jewish law this was perfectly legal.   However, members of the religious authorities objected by saying that they were working on the Sabbath, when no work, not even taking the odd bit of corn was permitted. Jesus told the Pharisees that they had their priorities wrong.  Yes, under normal circumstances, there should be no work on the Sabbath, but if people were hungry then that is an exception. ‘The Sabbath was made for humankind,’ Jesus said, ‘and not humankind for the Sabbath.’

The next story was even more dramatic. He went into the synagogue where he saw a man with a withered hand.  He knew that the religious authorities were just waiting for an excuse to criticise and discredit him.  He also knew that they would say that healing on the Sabbath, except in cases of life and death, was not permitted. But Jesus was there with the man with the withered hand on that day – he may not have been the day after, and so he believed it was right to do something now about the need before him.  But this was not good enough for the religious authorities who used this event as a trigger to find a way to destroy Jesus. 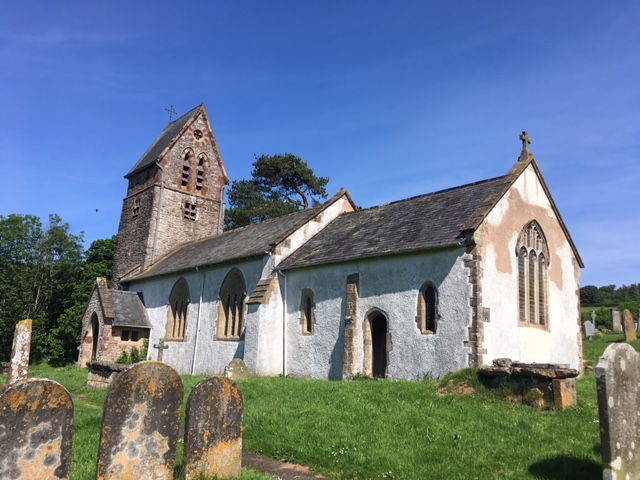 Jesus’ argument with the authorities was that they had their priorities wrong.  The ultimate purpose of the rules and regulations was to bring life and enable human flourishing.  They were there to serve, protect and support people, especially the vulnerable.  They were not there to crush and restrict.  In St. John’s Gospel, Jesus tells his followers that he came to bring life, life in all its fullness.  In his ministry he affirms all that is life-giving and challenges all that is life-denying.  But the religious authorities, the very people who should know better, had used the rules and regulations to their own ends because they had lost touch with what they were there for in the first place.  They had been entrusted with the privilege and responsibility of reminding their people about God’s love and care for them and for creation, but they had used it for their own ends and purposes as a way of keeping hold of power.

Since the beginning of time, people have, both knowingly and unknowingly, used rules and regulations for ends other than that for which they were created.  It happened in the Gospel, it’s happening all around us as we see in Grenfell and Carillion, it happens in the Church, and it probably happens in our own lives too.  We may be the victims of such misuse – we may also be the perpetrators.  It is quite likely that we are both.  I have no doubt it will continue to happen – not because there is anything innately bad in us, but because we are human and human rules and systems, like human beings, are vulnerable and fallible.  But every so often we need to stand back and ask whether we do have our priorities right, to ask who gains and who loses by our actions and by those of wider society.  Who are the vulnerable and forgotten ones in society – and who is speaking up for them?

In our first reading St. Paul reminds the Church in Corinth, ‘We have this treasure in clay jars, so that it may be made clear that this extraordinary power belongs to God and does not come from us.’ (II Cor.4.7).  We have so many treasures entrusted to us by God, maybe friends and family, certainly environment and creation and of course God’s care and love for each of us which is totally dependable and will never leave us.  It is when we see these as gifts that are entrusted to us rather than view them as ours by right, that we begin to get our priorities right both us as individuals and us as members of society.  We may not be able to stop future Grenfells and Carillions, but if we keep in touch with our priorities, then it’s possible, just possible, that there may be fewer of them.