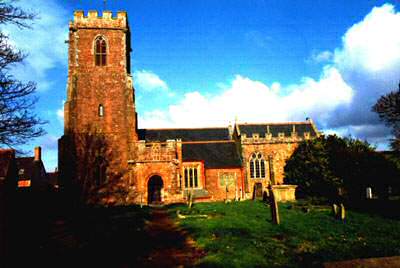 This evening we celebrate church and community enjoying each other’s company, drawn together by the gift of music.  Over these days, some very talented artists are providing a wonderful programme of music, song and dance in this lovely West Somerset Village of Stogumber. Tonight, in this act of worship, we are being treated to a feast, with words and music inspired by the Bible and the Christian tradition.   From David’s lament over Saul and Jonathan (so eloquently translated in the King James Bible) to Paul’s encouragement to sing, with gratitude in our hearts, psalms and hymns and spiritual songs.  From the challenging and radical words of Mary in the magnificat where we are reminded of a God who ‘casts down the mighty from their seat and exalts the humble and meek’ to the gentle and moving words of Simeon where, after seeing Jesus, the promised hope for the future, he tells God that he is ready to die – ‘Lord now lettest thou thy servant depart in peace according to thy will’. The most significant moments of life and faith are expressed in music and song – they always have been and they always will be. So powerful is song in the Christian tradition that over 1500 years ago St. Augustine wrote: ‘He who sings, prays twice.’

However, we pick up our books and sing words, words that may have been known to us for a long time – do we examine them in any depth to discover how they travelled from person to pen to paper – and how they became connected to the tune? We gather for Bible Studies where we study scripture – do we gather to study the words of the hymns and songs that we sing, especially as we spend more time singing in our worship than we spend on any other activity?  Also, if we take mission seriously, in what ways does what we sing draw others into the community of faith…..and in what ways does it keep them out?

What I would like to do over the next few minutes, is to reflect on the significant but often underestimated power and potential of congregational song, the songs and hymns that we sing and in pursuit of this I will be making four points.

First, there was a time when songs sung in the church – or the tunes to which they were set – were commonly sung outside the Church, indicating a close link between Church and society.  Folk tunes were set to hymns and the people who sung and played them in church also sung and played them in the local pub. Somerset has a particularly strong history of this. Charles Wesley was especially talented at writing hymns and setting them to folk tunes.  What is important here is that the story of faith was being transmitted not just to church-goers, but also to those who were not drawn to church.    Furthermore, the process was two-way: while folk tunes became hymn tunes, so also hymn tunes became folk songs.  For example, ‘Ilkley moor ba’tat’ originally started its life as a hymn tune – it was written as a tune to ‘While shepherds watched their flocks by night.’  It was as a result of an outing of the Halifax Wesleyan Methodist Church across Ilkley moor that it acquired the words we all know.  Two of the party disappeared into in the bracken.  On their return a choir member bellowed out ‘where hast thou been since I saw thee?’ and later in the song, ‘Thou’s been a’courting Mary Jane’…..and so the life of the song began. Now here’s a challenge – what about this Christmas singing ‘While shepherds watched their flocks’ to ‘Ilkley moor ba’tat’?

Not so long ago it was common to hear well known hymns such as, ‘Abide with me’ being sung at public occasions such as football matches, including the FA Cup Final.  It’s not so common now, though ‘Guide me. O thou great Redeemer’ is still sung in Cardiff before the Welsh Rugby team kicks off and ‘Swing low sweet chariot’ is the fans’ favourite when England plays.  In addition, Jerusalem is still sung at the Last Night of the Proms. Sadly, such exchanges between church and society are nothing like as common probably because the bridge between church and society has become quite rickety.  Is it possible, through our music and composing, to change this?  The opportunity is still there.

Secondly, people, both church attenders and those not connected to the church, need to express thoughts about God and the struggles of life. Song, both religious and secular, is a means of doing this. People have often turned to the Church on occasions of great joy and deep sorrow and the songs of the Church have provided a vehicle for such expression. But things have changed.  If the Church cannot provide the means – or does not accept their way of communicating – they will find other ways. Listen to this, a song called ‘There by the grace of God’ and the key line is, ‘With grace we will suffer, with grace we will recover.’   What about this song: ‘All of my sins are attempts to fill/the voids all of my voids they are/filled with sin all of my demons/they are kept within’.  Words expressing Christian concerns written by the Manic Street Preachers, formed in the 1980s, but still touring and popular today.  The same group released a CD in the mid 1990s This is My Truth Tell me Yours, and another they produced was called, The Holy Bible. So many of these songs are searching and expressing the human struggles frequently found in hymns and they articulate such issues in ways that speak to the young of today, the very group with whom we, as the Church, are trying to be in touch.  I know there is Christian rock music, but groups such as the Manic Street Preachers appeal to those for whom the church means little or nothing….and yet they are asking, perhaps in very different ways, the questions that Christians are asking.  How can we bridge that gap……..how can we rediscover and redefine that long and honourable tradition where songs of the church and songs of society are not seen as enemies to each other but as friends?  What an amazing discussion would happen if non-church goers were asked to bring songs which spoke very powerfully into their deepest hopes and aspirations, into their needs and concerns and church-goers were to bring songs or hymns which did the same.

Thirdly, what makes a hymn or worship song a good hymn? Are some hymns unacceptable? I am aware I am on tricky ground here, because the hymns sung in a church and the tunes to which they are sung arouse great emotions.  We all know that singing popular hymns to unknown tunes can be the cause of revolution in churches.  Bernard Manning, writing on the hymns of Wesley and Watts in the 1930s, strikes a sobering chord when he writes:

Reverence is due to hymns as to any sacred object.  The hymn that revolts me, if it has been a means of grace to Christian men and women, I must respect as I should respect a communion cup, however scratched its surface, however vulgar its decoration.

It is important to be open and democratic in the choice of the songs we sing in Church because it is the task of the Church to enable people to worship from their heart in order to deepen their relationship with God.  I was a parish priest in Zambia where my congregation was 85% Zambian, 10% Asian and 5% European.  The only common language was English, but it was the first language of the minority (5%) and the second or third language of everybody else.  What we frequently did was to ensure that each ethnic grouping were able to worship God in their own language at some point during worship.  The Lamb of God was sung in Bemba (Zambia), one hymn in Tamil (Sri Lanka) and another in Malayalam (South India).  It meant that each member of the congregation was able to worship from their heart….and it was deeply enrichening for the rest of us to allow that to happen and listen to God worshipped in another tongue.  How can we enable, often through the hymns/worship songs we sing, people to worship God from the heart?  Do we always insist in doing it in one way, through a particular style or kind of singing, or can we allow the Spirit to blow more freely in what we sing? 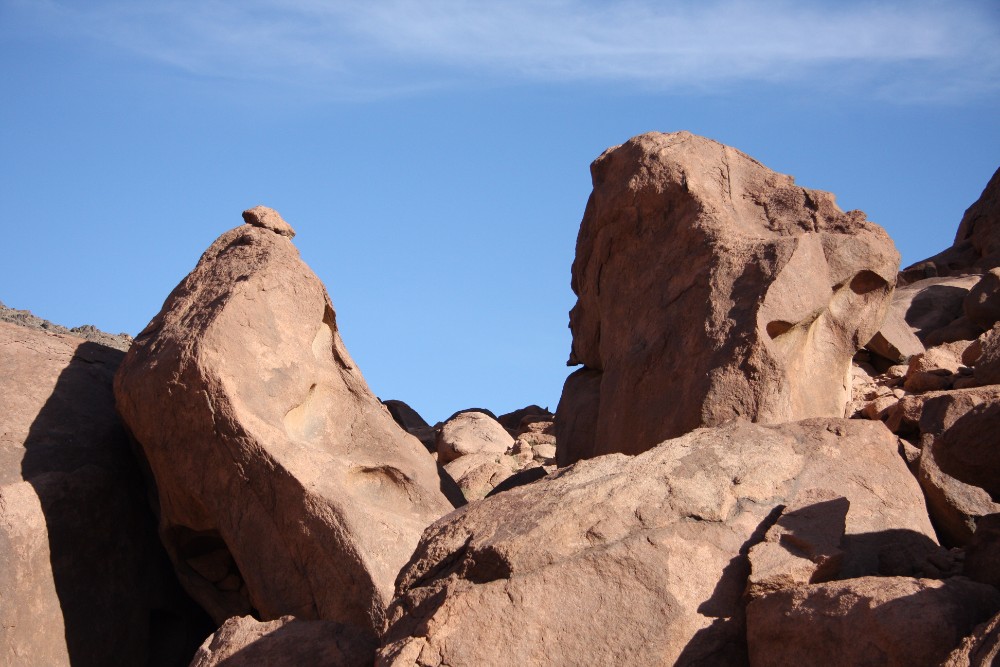 Finally, there are some hymns and songs that are so exclusive and alienating that they need to be altered, revised or sent to the liturgical dust-bin – and this is the story of the development of the hymn.  For example, in the hymn Rock of Ages cleft for me which some say has its origins in the Mendip Hills here in Somerset is the line ‘While I draw this fleeting breath, when my eye-lids close in death’.   The original line was different, it was  ‘While I draw this fleeting breath, when my eye-strings break in death.’  I hope that one day the line in In Christ alone which says ’The wrath of God is justified’ will be replaced by something like ’The grace of God is magnified.’  And what about this verse dropped from  Thy hand, O God has guided thy flock from age to age  the hymn with which we began our service tonight.  The hymn was written during reign of Queen Victoria when the Archbishop of Canterbury was Edward Benson and the original version contained this verse which was later dropped: ‘God bless our merrie England/God bless our dear old Queen/God bless our great Archbishop/ The best there’s ever been.’   And finally, here are words from a favourite hymn of a strict Calvinist sect which used to meet in Hyde Park : ‘We are the Savior’s Chosen few./The rest of You Be Damned./ There’s Room enough in Hell for You./ We can’t have Heaven Crammed.’  Hymns are Christian folk songs and, like all folk songs, will often be changed and sometimes discarded.

In conclusion, I began with St. Augustine’s words, ‘He who sings, prays twice.’ St. Augustine also wrote:  ‘Do you know what a hymn is? It is singing with the praise of God.’  Hymns and worship songs play such a significant part in our worship and in our lives.  They can draw us deeper into the mystery of God. They are more than words on a page, they are more than notes on a stave but provide keys to worship and doorways to a relationship with Jesus Christ, for those who attend church and for those who do not.  What it is important for us all to do is to make sure those keys are available to all and the doors are always open.