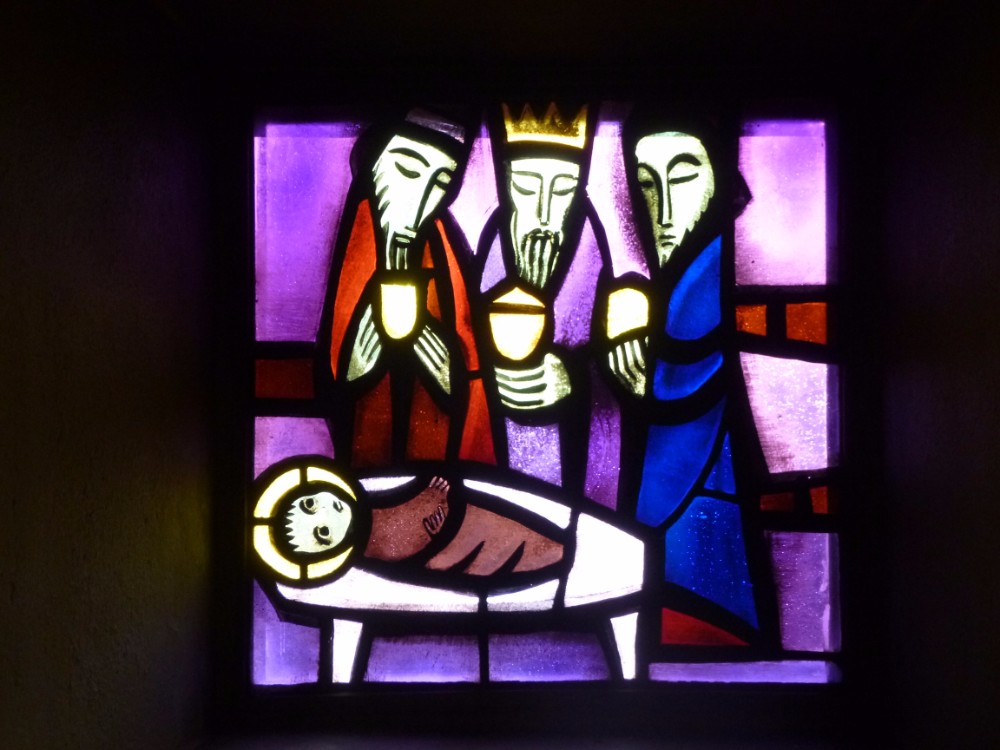 God for all People

Tonight, in Bethlehem in the Greek Orthodox Church of the Holy Nativity, which Christians revere as the birth-place of Jesus, a great celebration is taking place.  In fact similar celebrations will be taking place across the world in eastern orthodox churches.  In Bethlehem, the Church will be heaving with people.  They, like us, are celebrating Epiphany.  But for the eastern orthodox churches, Epiphany is a far more important occasion than it is for western churches like us.  For the orthodox, it is Christmas and it is the third most important feast of the year – many countries have their Christmas day not on 25th December, like we do, but on 6th or 7th January.

One of the many highlights of my time as  Bishop of Tonbridge was being in Palestine at Epiphany. I was there representing the Archbishop of Canterbury at the consecration of the Bishop of Jerusalem. On the feast of the Epiphany itself,  I was taken to the Church of the Nativity in Bethlehem, a church in which a number of orthodox traditions worship to share in their main Epiphany service which is equivalent of an Anglican Midnight Mass/Eucharist.

When I arrived at the Church of the Nativity, I was invited by the Greek Patriarch of Jerusalem to process with him to the grotto revered as the place of Jesus’ birth. It was an amazing experience and, as with many amazing experiences, it was a mixture of solemnity and pantomime. As we processed, candles in hand, through the packed church, I was aware of some kind of disturbance in the corner of the Church.  ‘What’s going on?’, I asked the priest close to me.  ‘Oh,’ he said, ‘this usually happens at this service. It’s a fight between the Armenian Orthodox Christians and the Greek Orthodox about which of the two has responsibility for a particular part of the service.’ The procession continued its way to the grotto and as we turned a corner, there seated at the front of the Church was the Palestinian President Abbas.  It’s a tradition that the Palestinian President, a Muslim, attends this major celebration. The President stood up and joined the procession immediately in front of me. Then, out of nowhere came at least 20 security personnel who surrounded Abbas, and, as he was in front of me, also surrounded me. In the jostling that inevitably happened, I was pushed forward, candle in hand, and inadvertently set fire to the hair of the security man in front of me.  Up in flames it went, reminding me more of the day of Pentecost than the feast of Epiphany.  I wondered what this heavily armed security man would do.  However, the flames went out as suddenly as they ignited and the man looked behind him and simply flicked the dust off his shoulder.  The procession continued….and I live to tell the story. 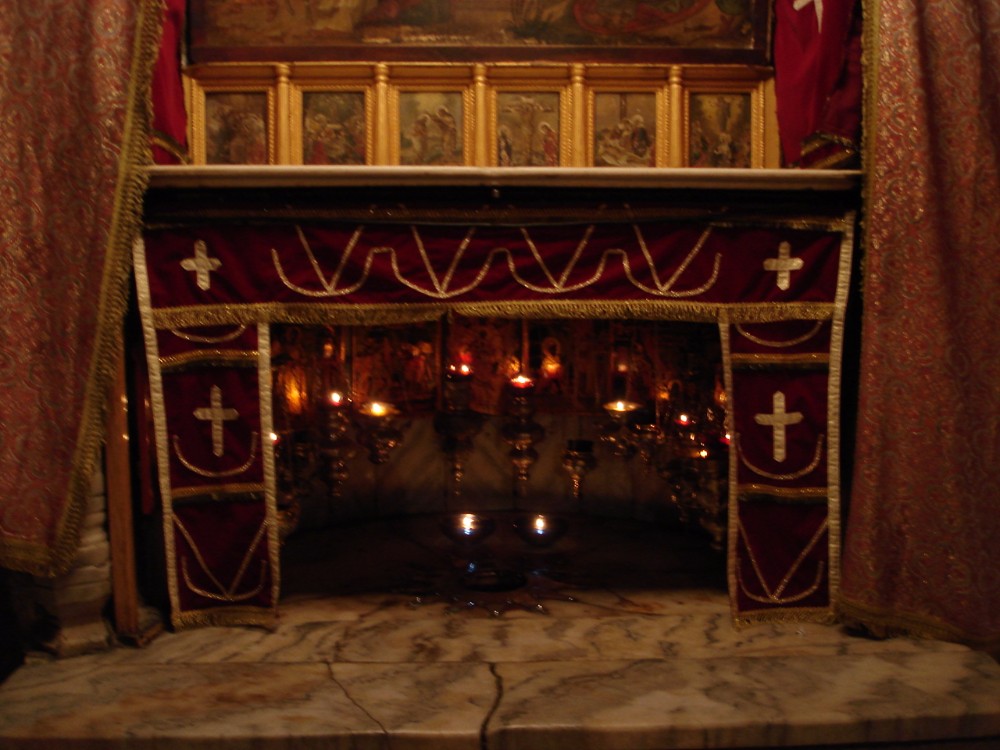 The President (a Muslim) came with a small group of us into the grotto to worship, to revere the place of Jesus’ birth and to listen in awe and wonder to the story of God’s love for the world personified in Jesus Christ. Can you imagine the deep privilege of celebrating the birth and baptism of Jesus Christ in the place where he was born?   Reflecting upon that night, I realise that the events of so long ago that the world church is celebrating tonight were taking place before my very eyes.  We were living out the story that we were hearing – people of different faiths and ethnic backgrounds travelling far to worship the infant Jesus Christ.

Here, tonight we celebrate the fact that Jesus wasn’t just being worshipped and revered by people of his own kind, by people from a Jewish background, but he was being worshipped by wise men from very different faith backgrounds.  We don’t know what faith, if any, the wise men had, but they sought out Jesus because they knew that he was somebody unique and they realised that their lives would be the richer for their visit and for their worship.  And the wise men were welcomed, accepted and embraced.  They were not thrown out because their cultural, religious and ethnic backgrounds were different, but they were welcomed and embraced unconiditonally.  All this was happening before my very eyes in the grotto in Bethlehem just a few years ago.

So what do we learn from this celebration of Epiphany.  I want to highlight four points.

First, in the reading from Isaiah we heard the words, ‘Nations shall come to your light, and kings to the brightness of your dawn.’   In the letter to the Ephesians we heard: ‘In former generations this mystery was not made known to humankind, as it has now been revealed to his holy apostles and prophets by the Spirit: that is, the Gentiles have become fellow-heirs, members of the same body, and sharers in the promise in Christ Jesus through the Gospel.’

These words from the Hebrew Scriptures (Old Testament) and the New Testament and the story of the Wise Men that we heard in the Gospel are reminders that God’s gift of his Son Jesus Christ is for all humanity and not to one group of people….not simply for Christians, but for all.  And it is important that we don’t crowd out or reject those whose faith or background are different from ours. Just as the worship of the Wise Men was welcomed, encouraged and embraced without condition, so, in a similar way should we welcome, embrace and encourage, without condition, others who are drawn to worship and follow Jesus Christ even though they may not think and believe in the same way that we do.

Secondly, Epiphany speaks deeply into the current political climate of fear and conflict.  At the heart of both Epiphany and Christmas is the celebration of difference.  Jesus embodied difference – he was a mass of contradictions. As we join the Wise Men in gazing upon Jesus, we are gazing upon God who became a human being: we celebrate Jesus’ identity as fully God and fully human.  For centuries there have been disputes about whether it is possible to hold together full divinity and full humanity in one person, but the Christian faith points to Jesus Christ as the living example.   In a world where difference is feared and sometimes hated, the celebration of Epiphany puts it on a pedestal and worships it.

Finally, we share this celebration with Christians, across the world, of many different traditions to ourselves. Indeed, because churches of the east and west follow different calendars,  Epiphany is probably the only feast we regularly celebrate at the same time as all other Christians throughout the world.  Many of those Christians are in churches under the shadow of persecution and the threat of death.  For example, a bomb ripped through the main Coptic cathedral in Cairo just three weeks ago killing at least 25 people and wounding 49 – the Coptic Church in Egypt will be celebrating Christmas today and tomorrow,.  So today is an opportunity to give thanks for the witness of the eastern orthodox churches and the great wealth of worship that they bring to us all and to remember those who face difficult times.

It’s wonderful that this cluster of Churches of Kings Hill, Mereworth, Offham, West Malling and West Peckham regularly gathers on this special feast of Epiphany.  You do so, as we always do in worship, in the presence of the angels, archangels and all the company of heaven, but also with our sisters and brothers throughout the world who, this night, are worshipping the miracle of Jesus and praising God for this amazing gift he has given us.